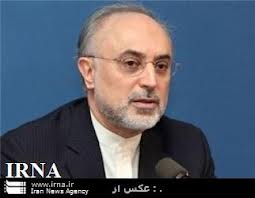 He was speaking during a visit to Russia, one of the six powers that will be represented at talks with Iranian negotiators on February 26 in the Kazakh city of Almaty.

“We are counting on there being positive and constructive steps made to resolve this problem at the upcoming meeting at the end of February,” Salehi said.

U.S. Secretary of State John Kerry said on Friday that the world powers were ready to respond if Iran comes to the talks prepared to discuss “real substance” and address questions about its nuclear program.