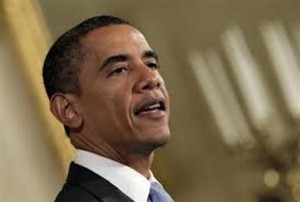 Reason behind the urgency of Obama’s trip is to tell PM to leave the Iranian nuclear issue to the US, officials tell Army Radio.

The main purpose of US President Barack Obama’s visit to Israel in the spring is to warn Prime Minister Binyamin Netanyahu against attacking Iran, unnamed officials told Army Radio on Sunday.

Recent data show that the Islamic Republic of Iran was the 15th largest steel producer in the world for the year 2012.

According to the latest report published by the World Steel Association, Iran produced 14.463 million tons of crude steel last year, and was named the 15th largest producer of crude steel in the world.

Despite clear opposition from the US and its sanctions on Iran for Tehran’s nuclear ambitions, the $1.5 billion Iran-Pakistan (IP) gas pipeline has been accorded approval by the federal cabinet and the crucial talks between Islamabad and Tehran are starting on Monday.

These talks, likely to continue for 3-4 days, will finalise the EPC (engineering, procurement, construction) contract that is to be extended to Tadbir — the state-owned company of Iran for laying the pipeline in Pakistan’s territory.

Mousavi stood in presidential elections in 2009 and was a figurehead of the big street protests over allegations of vote rigging that followed. He is held under house arrest with his wife Zahra Rahnavard.