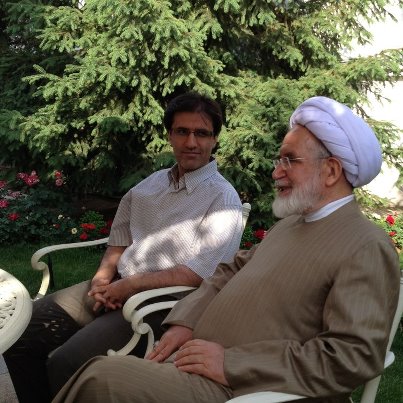 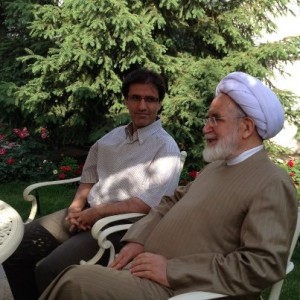 Mousavi and Karoubi stood as reformist candidates in presidential elections in 2009 and became figureheads of the huge “Green movement” street protests that followed over allegations of vote-rigging.

The two leading opposition figures, who were placed under house arrest along with Mousavi’s wife Zahra Rahnavard almost exactly two years ago, are effectively barred from any role in a new election due this June.

Security officials went to the houses of their grown-up children on Monday, confiscated property, took them in for questioning and later released them, said opposition websites.

The state-linked Iranian Students’ News Agency (ISNA) reported the two daughters Zahra and Narges Mousavi were summoned for questioning, not arrested, and asked to give “explanations” to prosecutors.

It did not specify what they were questioned about but it may be connected to a statement they issued last month complaining they had been denied access to their parents.

Mousavi’s other daughter, Kokab, told opposition website Kaleme security officials searched her sisters’ homes for several hours and “took anything they thought might be of use to them along with my sisters”.

Mousavi and Karoubi were placed under house arrest in 2001 after they called their supporters onto the streets for a rally in support of uprisings across the Arab world.

Hardliners have asked the judiciary to execute both men, but authorities have so far chosen to isolate rather than officially arrest them.

Both men were defeated in the 2009 election by President Mahmoud Ahmadinejad. His win brought vast crowds onto the streets in demonstrations that were crushed by the state that said the unrest had been fomented by Iran’s foreign enemies.

With the reformists silenced, June’s election is likely to be a contest between rival hardline factions in the Islamic Republic.

Mousavi, 70, Iran’s prime minister in the 1980s, was treated for a heart problem in hospital in August.

Karoubi was hospitalized briefly in November after showing symptoms including weight loss, dizziness and nausea.