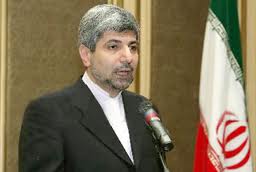 Talks with U.S. not in Iran’s agenda: spokesman

Ramin Mehmanparast said that “According to the guidelines of the supreme leader, negotiations with the United states is not in agenda and is not possible before they change their attitude and ask for apology for their… hostility toward the country,” according to the report.

However, it is possible for Iran to enter negotiations with all of the countries except “the Zionist regime of Israel which Iran does not recognize,” Mehmanparast said in a meeting in Iran’s northeastern city of Mashhad Thursday.

Iran’s Supreme Leader Ayatollah Ali Khamenei on Thursday said the Islamic republic is not interested in any talks with the United States under pressure.

Khamenei’s remarks came a day after Washington expanded the U.S. sanctions on Iran by tightening up economic measures against the Islamic republic and adding more names to its blacklist.

Talking to a group of military officials here on Thursday, Khamenei referred to the recent U.S. proposal of direct talks with Iran, saying that such negotiation offers are not something new. U. S. officials repeated the same words in the past, but the Iranian nation judged on the basis of what they did in practice, according to the semi-official Fars news agency.