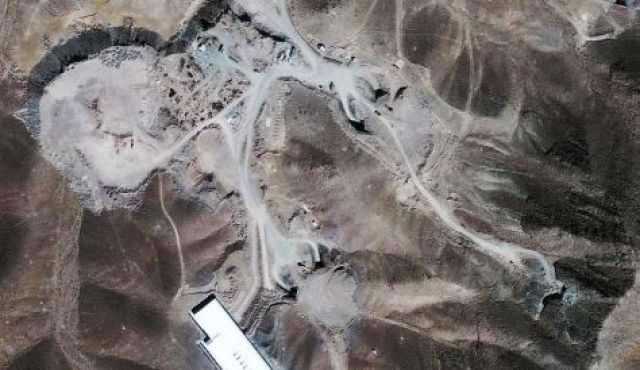 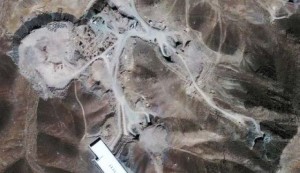 In recent days, reports about an alleged Israeli-US bomb attack that would have allegedly destroyed a large portion of the Fordo nuclear enrichment plant in Qom were circulating in Western media. However, its falsehood was soon revealed by several sources.

The story first appeared on February 25 when an Iranian defector going by the pseudonym Reza Kahlili published an evidence-free article in the US Website wnd.com, in which he claimed that the Fordo plant had been the target of a sabotage operation. The article claimed that a blast deep within Fordo had “destroyed much of the installation and trapped about 240 personnel deep underground”.

However, the first doubts came from the personality of the author himself, as Kahlili, a defector, is widely considered as a liar because of his previous claims. He wrote some months ago that Iran actually had nuclear weapons.

Kahlili´s sole source was Hamid Reza Zakeri, another Iranian defector, who is also notorious by his lies against Iran. A US official was quoted by some US media as saying that Zakeri was “a fabricator or monumental proportions”.

This is not the first time that defectors are used in order to launch false accusations against a country. In the run-up to the Iraq War in 2003, New York Times reporter Judith Miller (and some others) published several stories about Saddam Hussein´s non-existent weapons of mass destruction programs and these reports were used by the Bush administration as a pretext to launch the war. Later, all these allegations turned out to be false and the newspaper was forced to admit that Miller had based her reports on Iraqi defectors. In that sense, the case for the war on Iraq was built on a set of fabricated documents and deliberately manipulated intelligence that US media outlets uncritically reproduced.

Shortly, after the Fordo story appeared, Israeli Websites and officials tried to make it pass as true. The website of the Israeli newspaper Yediot Aharonot repeated the claim and it was later echoed by the Times of London, which added that the story had been confirmed by Israeli intelligence officials. “We are still in the preliminary stages of understanding what happened and how significant it is,” one Israeli official told the London Times. “Israel believes the Iranians have not evacuated the (Fordo´s) surrounding area. It is unclear whether that is because no harmful substances have been released, or because Tehran is trying to avoid sparking panic among residents.”

For his part, Israeli acting Defense Minister, Avi Dichter, reacted to the story by saying that indeed any explosion in Iran was “good news”.

Of course, Israeli officials always knew that the story was false but it is clear that they wanted to feed the notion that they -with the US help- were conducting a successful secret war against Iran in order to reinforce their own extremist stance. However, as these stories are revealed as lies, the effect is counterproductive to them because they expose themselves, once again, as liars before the international community, especially on the Iran nuclear issue.

However, two senior Iranian officials dismissed reports of the explosion. Deputy head of the Iranian Atomic Energy Agency Seyyed Shamseddin Barbroudi said there had been no explosion at the Fordo facility, according to the Islamic Republic News Agency. The chairman of the Iranian parliament’s Committee for Foreign Policy and National Security, Alaeddin Boroujerdi, said they were “baseless lies” meant to impact talks on Iran´s nuclear program, reported IRNA.

The Iranians´ statements were then confirmed by the International Atomic Energy Agency (IAEA), which claimed that there were no sign of any explosion whatever in Fordo. The IAEA has live cameras at the site and its inspectors regularly visit it, and, therefore, they would have known if it had been “in ruins with hundreds trapped within”. “We understand that Iran has denied that there has been an incident at Fordo. This is consistent with our observations,” IAEA spokeswoman Gill Tudor said.

The Fordo false explosion was not the only Israeli fabrication on the Iranian nuclear issue. On 27 November 2002, the Associated Press agency published a report claiming that it had discovered the existence of an alleged evidence of “Iranian work on a nuclear bomb”. “Iranian scientists have run computer simulations for a nuclear weapon that would produce more than triple the explosive force of the World War II bomb that destroyed Hiroshima”, the agency said.

This evidence, according to AP, was a “graph” which the agency said was “leaked” to it by “officials from a country critical of Iran’s atomic program” to “bolster their arguments that Iran’s nuclear program must be halted before it produces a weapon”. Moreover, “an intelligence summary was provided with the drawing” claiming that “Iran is working not on isolated experiments, but rather on a single program aimed at mastering all aspects of nuclear arms development.”

Why did AP hide which country had delivered it the diagram? It said that officials of that country wanted it, so the agency gave it anonymity. However, everybody was certain it was Israel.

Nevertheless, experts soon discovered that the diagram was fake and amateurish. According to the British newspaper The Guardian, it simply showed that “the bulk of the nuclear fission yield is produced in a short 0.1 microsecond pulse”, which is a common knowledge for any physics student. Later, it was equally discovered that it is widely available all over the Internet and in university textbooks. Even worse, the diagram contained huge errors, which were unlikely to have been made by research scientists who work in a state-run national program.

Scott Kemp, an assistant professor of nuclear science and engineering at the Massachusetts Institute of Technology (MIT), told IPS he suspects the graph leaked to AP was “adapted from the open literature”. He said he believed its authors “were told they ought to look into the literature and found that paper, copied (the graph) and made their own plot from it.”

After the hoax became exposed, Western diplomats privately accused Mossad, the Israeli intelligence agency, of being behind the leaks, which would be part of an effort to implicate a murdered Iranian in an alleged weapons program. The diplomats also said Mossad is becoming increasingly active in Austria, the home of the IAEA and the place where George Jahn works, in order to drive support for a war on Iran.

Therefore, what AP presented as a kind of highly specialized and very complex document was only a very common graph, which can be easily found in Internet. The agency helped create and spread a dangerous hoax and its credibility was severely damaged by this serious incident that demonstrated that it let itself be manipulated by officials “of an anonymous state” in order to incriminate Iran. The agency did not tell the public who gave it the false and misleading information with the evident goal of misleading the public into believing that Iran had a weapons programme.

Recently and after having scored a heavy defeat in last parliamentary elections, where he and his his right-wing partner Avigdor Lieberman lost 25% of their seats in the Knesset, Israeli Prime Minister Benjamin Netanyahu tried to hide his current political weakness by shifting the public´s attention to Iran. In his “victory speech”, he insisted that his first challenge would be “preventing Iran from obtaining nuclear weapons”.

Of course, this rhetoric does not deceive anyone, as even US and IAEA reports recognize that Iran continues to use civilian enriched uranium only for civilian purposes. US officials have recently said that the assessment included in the 2010 National Intelligence Estimate, which claims that there is no evidence whatever of an Iranian nuclear weapons program, remains the consensus view of the US´s 16 intelligence agencies.

The international community is actually fed up with the Israeli false allegations and fabrications against Iran. Netanyahu and his Zionist supporters in the US probably know that the American and Western public cannot be manipulated into supporting an attack on Iran, as all the polls show.

Another for-Israel war in the Middle East would not benefit no one but the far right in Israel, the pro-Israeli lobby in the US and its neocon agents. It would not only devastate the Middle East and kill hundreds of thousands, if not more, but it would also produce a decades-long conflict between the Muslim world and the West that would also destroy the West´s economy. Due to all this, the international community and the peoples of the world must confront these Zionist plots threatening the existence and hopes of the humanity.