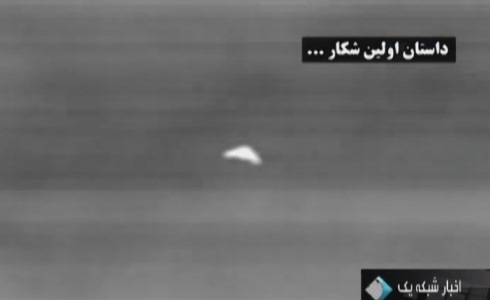 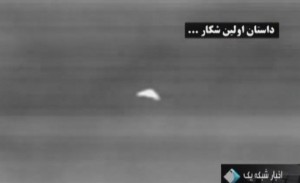 A few days ago, during a short documentary aired from Iranian state TV, new information about the operation which resulted in capturing RQ-170 sentinel has released. The documentary includes several interesting points however one point was far more interesting: A short footage has been released indicating observation of the UAV in 2009 by Iranian air defense. The footage appears to belonging to a Thermal optical sight. The footage shows that there was a good contrast and the sentinel was clearly observable by the optical sight. Clarity of the image proves that Iranian AD sight could engage with the drone but the question is why it didn’t?

By the time of capturing RQ-170 there were suggestions that the UAV was observed before as Iranians are in possession of several metric band, counter stealth radars such as 1L119 Nebu, domestic versions of P-18 radar and modern S-band phased array radars such as domestic versions of Gamma S1E radar  all prone for having capability of detecting stealth aircrafts. Monitoring the stealth UAV with optical sights is one step further, meaning that Iranians haven’t been just observing the drone but rather monitoring its movement and missions above Iran. With this obvious conclusion another question rises why Iranians didn’t engage the UAV and let it continue its missions?

Some may say Iranian air defense doesn’t possess such weapons that can successfully engage stealth air craft, today this is proven that all Iranian surface to air missiles use radio command guidance mode as their primary (HQ-2J and S-125M) or their secondary (Hawks, Buks and etc.) guidance mode, some of them like Iranian version of hawk missiles (Named Ghader) or Tor-m1 batteries use fixed optical sights in their batteries so omitting income data from advanced radars such as Nebu or Gamma, even with tracking data from the optical sight which the footage belongs to the drone could be engaged successfully. Beside ground based air defense, Iranian AD command nevertheless could scramble F-14s or Mig-29s to engage the sentinel with their optical targeting sights and heat seeking missiles. So despite presence of capability of engaging the drone Iranian air defense just sat down still and watched RQ-170s movements, the question is why? 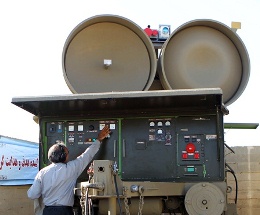 The only reasonable explanation is that Iranians were playing the drone, monitoring its movements to find what is US interests in Iranian facilities, what do they know and what do they want to know more about assessing US spy agencies intel. It is even possible that they even used the data to know in which military sight US has moles and internal informers. Besides, gaining knowledge about US interests in Iran it is also possible Iranians altered recognizance targets of the drone to embellish their abilities or conceal essential data such as missile silo locations or quantities of preparedness.

However by Capturing RQ-170, Iranians spooked US about safety of their computers navigation or communication systems, but with the latest demonstrated footage Iranians may raise another question among us intelligence officials: form all we know what is real and what is just a mirage?