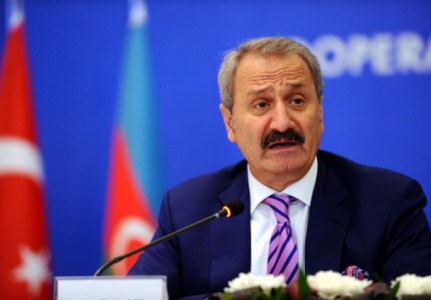 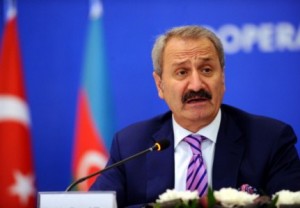 Turkey will not be swayed by U.S. sanctions pressure to halt gold exports to Iran but Tehran’s demand for the metal may fall this year, Economy Minister Zafer Caglayan said on Thursday.

Trade in Turkish gold bars to Iran via Dubai is drying up as banks and dealers increasingly refuse to buy the bullion to avoid sanctions risks associated with the trade.

Turkey has a six-month U.S. waiver exempting it from financial sanctions against Iran, which is due to expire in July.

“We will continue to make our gold exports this year to whoever seeks them. We have no restrictions and are not bound by restrictions imposed by others,” the Turkish minister told reporters.

Turkey, Iran’s biggest natural gas customer, has been paying the Islamic Republic for oil and gas imports with Turkish liras, because sanctions prevent it from paying in dollars or euros.

Iranians then buy gold in Turkey, and couriers carry bullion worth millions of dollars in hand luggage to Dubai, where it can be sold for foreign currency or shipped to Iran.

Caglayan, who has repeatedly said that Turkey’s gold trade with Iran is carried out by private firms and is not subject to U.S. sanctions, said other firms, including U.S. and European companies, were continuing their exports to Tehran.

“Turkey is doing whatever is required by international obligations. The companies of those imposing an embargo on Iran today, forbidding product exports to Iran, are exporting to Iran under different guises,” he said.

Separately, Caglayan said Turkish state-owned Halkbank will continue its existing transactions with Iran but some other banks, with activities in the United States, had pulled back in response to U.S. pressure.

Asked about a decision by India no longer to use Halkbank to pay for its Iranian oil imports, he said: “This is India’s decision not Halkbank’s.”

A Turkish official told Reuters that trade with Iran through a third party was no longer allowed under tighter U.S. sanctions which went into effect on Wednesday.

“For example, Halkbank would not be able to be an intermediary in India’s oil purchases from Iran,” he said.