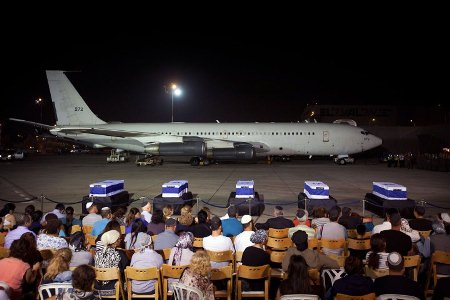 The shadow war between Iran and Israel: The Bulgaria Front 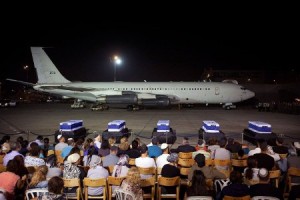 Raymonde Siboni saw the bus driver come apart in front of her. The Bulgarian man took the full impact of the blast wave that carried Siboni over the black rubber steps she had just climbed, through the door the tour guide had hurried her through — “Come on, you’re the last one” — and into a moment of unconsciousness. When she awoke, the Israeli woman found herself sprawled on the parking lot outside the Black Sea airport where she had arrived, barely half an hour earlier, in search of relaxation. “We used to go to Turkey,” says her husband Gadi. “Cyprus a few times. In Greece it’s a little bit messy; we don’t want to take any chances. So we heard about Bulgaria. Lots of Israelis go there.”

The Sibonis had been five times already, wearing a path that on July 18 led them into the teeth of a war that, until then, had been fought mostly in the shadows, targeting scientists on one side and diplomats on the other. All that changed in the ignition flash of several pounds of triacetone triperoxide, the homemade explosive that detonated in Burgas, Bulgaria, killing, besides the Bulgarian bus driver, five Israeli tourists and the mysterious man who brought the explosives to the open luggage compartment.

On Tuesday, Bulgaria announced that the dead man and two fugitive accomplices were agents of Hizballah, the Lebanese militia that frequently works with the radical Iranian government that created it. The Bulgarian probe was formally coordinated with E.U. criminal-intelligence agency Europol, with the discreet but substantial involvement of U.S. and Israeli intelligence. It brought credible detail to the conclusion Israeli Prime Minister Benjamin Netanyahu announced within hours of the blast, and Raymonde heard repeated when, skin still glistening with glass and bits of flesh, the Israeli grandmother looked up in a Burgas hospital and asked, “Who did this to us? Arabs?”

They often do. Eleven times in the previous six months — 20 times in the past year — an official in Jerusalem had found occasion to name either Iran or Hizballah for plotting against Israelis somewhere on the globe. Denied by the Islamic Republic and its proxy, the allegations have been confirmed by local investigators from Thailand to Azerbaijan to East Africa to, now, Sofia.

Left unsaid by Israeli officials, however, is the context for the surge in Iranian attacks, after a lull of years without significant strikes overseas. “It’s revenge,” says Gadi Siboni, from the wheelchair where he nurses his own wounds from Burgas. “Israel is aiming toward their scientists, people involved in their nuclear effort. And they’re aiming toward Israelis in general.”

Four Iranian nuclear scientists were assassinated in the streets of Tehran between January 2010 and 2012, and a fifth narrowly survived; all were blamed on Israel. But Hizballah and Iran have vowed to avenge other attacks as well. Israel’s Mossad arranged the February 2008 assassination of Imad Mugniyeh, mastermind of the militia’s military wing, killed when his car headrest exploded. And only last week, Iran and Hizballah pledged to retaliate for an Israeli air strike on a convoy carrying antiaircraft missiles out of Syria. “Maybe not in the northern front but in Bulgaria, Thailand, India,” warns Amos Yadlin, the most recent head of Israeli military intelligence. “They have already tried, and sometimes succeeded.”

At first, the Islamic Republic appeared intent on responding not only proportionally — targeting Israeli diplomats, symbols of the state who also qualified as “hard” targets — but also with a precision that sent a message of its own. On May 26, 2011 a bomb went off on a busy street in an upscale neighborhood of Istanbul, wounding eight Turks but leaving undamaged the car carrying Israel’s consul general to his office. The charge had been waiting on the sidewalk, attached to an electric bicycle — just like the bomb attached to a parked motorcycle that killed the physicist Masoud Alimohammadi outside his Tehran home the previous year.

The next operation also targeted a neighboring country Iran suspects of cooperating with Western intelligence. In January 2012, not two weeks after the last scientist was killed in Tehran, police in the capital of Azerbaijan arrested men with a 15 kg of C-4 plastic explosives, a sniper rifle, and a plan to kill the Israeli ambassador. Police identified them as Iranian agents.

But the big heave was set for Feb. 13, a day after the fourth anniversary of Mugniyeh’s death. Magnet bombs — the method used in three of the Tehran attacks — were attached to the cars of Israeli diplomats in Tbilisi, Georgia, and New Delhi. In the Georgian capital, the ambassador’s driver spotted the device under the chassis before it went off. In India, the bomb detonated, injuring the wife of the defense attaché outside the school where she had come to collect their child. There were no fatalities. “They put the bomb on the right side of the car, but in India all cars have the gas tank on the left side,” notes Ely Karmon, a terrorism expert at the Interdisciplinary Center in Herzliya, Israel. “They thought they thought of everything.”

The next day all hell broke lose in Thailand. First, an explosion blew the roof off a rented house in Bangkok. As the smoke cleared, a string of Iranian men strode into the street, their progress captured by color surveillance cameras. Two wore large backpacks and harried looks. One carried a pair of cheap Chinese portable radios, packed with explosives and magnets — apparently the bombs the crew was hurrying to put together. The first he flung toward a taxi, where it exploded. “Don’t take that man in your car!” the enraged driver yelled.

When Thai police approached, the Iranian threw his second radio. It exploded at his feet, severing both legs. Another Iranian was arrested at Kuala Lampur, en route to Tehran. Back in India, police linked him through phone records to the Delhi and Tblisi plots, and laid all three incidents on the Quds Force of the Iranian Revolutionary Guard Corps.

There was more: In June, a pair of middle-aged Iranian men were arrested for plotting a string of bombings across Kenya. Police unearthed 15 kg of the heavy duty explosive RDX on a golf course in the coastal city of Mombasa, and tailed the pair casing possible targets, from the British embassy to Israel’s ambassador to a synagogue.

The Bulgaria attack was the first to produce deaths. And initial suggestion of Iranian involvement was circumstantial: It happened on the 18th anniversary of Iran’s last major terror attack on Israel, in Buenos Aires. But scraps of evidence emerged from the wreckage: circuitry that told forensic examiners the bomb had been detonated by remote control. There was also the severed head of the man carrying the bomb: blue-eyed and short-haired, he might have the same man identified to the media as the bomber, a lanky young man with a large backpack seen in surveillance footage pacing (as people do) in the flight arrivals area.

Also found in the debris was a Michigan driver’s license. It was not only a fake, but similar to another Michigan license picturing a heavy-set man, also wearing a bad wig, and so poorly forged it was declined by a rental car clerk elsewhere in Bulgaria a few days earlier. Investigators traced both to the same source inside Lebanon. Investigators early on located the hotel room where the bomb was made, intelligence sources tell TIME. But the breakthrough was identifying two suspects who entered the country on valid passports, one Canadian, the other Australian. Both have retreated to Lebanon and were linked to Hizballah’s military wing, Bulgarian officials told reporters.

Learning that much took months, indicating a level of tradecraft that was itself indicative of Hizballah. The disciplined group is keen to avoid being publicly linked to new terror plots because, unlike Washington, the EU has not yet labeled it a terrorist group, leaving it free to raise funds in Europe. “They’re very good at covering their traces,” says Benedette Berti, co-author of a new book on Hizballah.

Also pointing toward the Iranian proxy was an apparently parallel plot in Cyprus, where a Hizballah operative was reported arrested July 7 on a tip from Israeli intelligence. The man carried a Swedish passport and offered clues that — after beating its brains out trying to hit hard targets — the Iranian side was swallowing its pride and taking aim at soft ones. Police said the operative had been scouting airports and plane schedules, including charters like the ones the Sibonis would deplane in Bulgaria 11 days later, then head toward the bus that would take them to their hotel.

“The fact that you’re Israeli, you’re a target,” says Gadi Siboni, who would know. While his wife hurried to board, he was already in his seat, halfway down the aisle, when the bomb went off. When he had its wits about him, the disabled former printer, who is 60, pulled himself through a blown-out window and dropped to the ground. His landing was broken by a corpse, but as he rolled onto the tarmac Siboni heard bones in both of his legs breaking – including the one paralyzed since the last terror attack he survived. That was in 2002, in his hometown of Beit She’an. Palestinian terrorists opened fire at random with grenades and AK-47s, killing six, very nearly including Siboni, who took rounds in the gut and left leg, where a bullet remains.  The Al Aqsa Martyrs Brigade claimed responsibility for that attack. No one has for the one that put him back in rehab.

“It’s not strange,” Gadi Siboni says. “If someone takes credit, he’s making himself a target. Israel is not taking responsibility, either, for what it’s doing.”