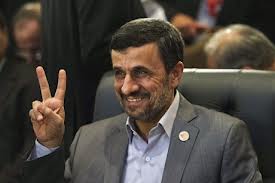 SUNA gave no details but the meeting on the sidelines of an Islamic summit in Cairo is likely to annoy Saudi Arabia and other Gulf Arab Sunni countries at odds with Shi’ite power Iran.

Ties between Sudan and Iran have come under scrutiny in recent months.

Israel has declined to comment on the alleged attack on the Yarmouk plant but has accused Sudan of smuggling weapons to the Gaza Strip, which is ruled by the Iranian-allied Palestinian movement Hamas. Khartoum denies this.

Bashir and President Ahmadinejad have met several times in the past two years but the ties are controversial inside the Khartoum government, diplomats say.

Analysts say the army, facing several insurgencies in Sudan’s borderlands, wants to foster ties with Iran after both countries signed a military agreement in 2008.

But the foreign ministry tends sees the Iranian connection as an obstacle to winning more investment from Gulf Arab oil producers, which are among Sudan’s biggest donors, diplomats say.

Saudi Arabia has not publicly commented on the Iranian ship visits but pro-government newspaper al-Riyadh said in November Sudan was risking ties with the Gulf.

Faced with the loss of three-quarters of oil production when South Sudan broke away in 2011, Sudan has sought to bolster ties with Gulf states to help overcome isolation due to a U.S. trade embargo over its human rights record.