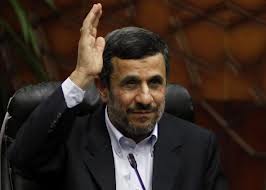 Iran president tells US to correct its attitude

His comments at a news conference in Cairo Thursday echoed those of Iran’s supreme leader, who said earlier in the day American proposals for direct talks are pointless while Washington is “holding a gun” to Iran through sanctions.

“The reason is clear,” Ahmadinejad said. “Talks are held to arrive at an understanding, not to impose anything. Such talks will be meaningless if someone raises a club and imposes” something on Iran, he added.

“Talks are meaningful only if they are based on mutual respect, justice and equality,” he said. “Things will be fine if the Americans correct the manner in which they address us.”