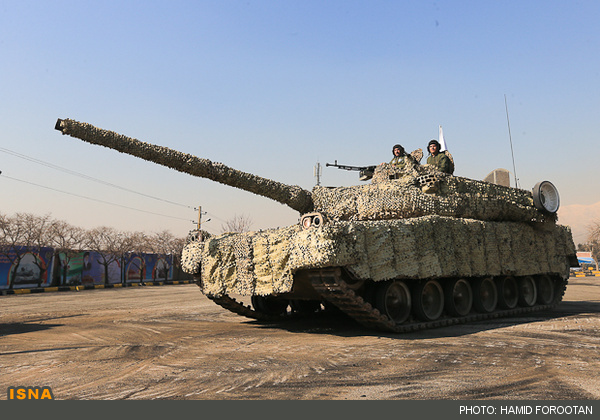 Chief command of Iranian Army Ground forces Brigadier General Ahmad Reza Pourdastan, has announced mass production of 2 new tanks in a ceremony which took place in Iranian army self-sufficiency center in Tehran. The tanks which have been unveiled in military parades in previous years are expected to be delivered to operational units soon.

The first tank, famous Iranian Zulfaghar-3 (code named Z-3) shows little difference with models demonstrated during annual public parades of Iranian army. The tank is believed to be a domestic design which has been evolved during 3 major phases. The first model was a mixture of t-72 propulsion and gearbox systems and m-60 hull with a brand new turret using 125mm 2A46 main gun belonging to T-72 tanks purchased from Russian federation after the war with Iraq. 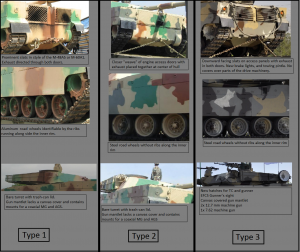 In the latest models the turret was evolve along with wheels, link and engine exhausts. The latest unveiled version was equipped with an extra 12.7 Russian DhK gun above the main gun, probably an attempt to improve urban combat capabilities of the tank, however in the latest version which announced to be mass produced the 3rd machinegun was removed probably due to control issues.

The latest version of Zulfaghar lacks several important parameters which is essential for any modern tank including appropriate Infra-red targeting sights, commander and driver periscopes and etc. the two emplaced machine guns also are controlled manually and not automatically like most advanced armored vehicles in the world. There is also serious doubts about Z-3 night combat capabilities as the targeting sight by the formal statement of Gen. Pourdastan is an improve version of FCF3S fire control unit.

The important point in the new Z-3 is the heat absorbing camouflage nets, which highly improves tank survivability. Most advanced western targeting and fire control units such as those installed on apache helicopters and Abrams tanks are highly dependent on inlet data by thermal imaging systems and a proper camouflage would disrupt their locking capability and even in some cases turn the Z-3 to a completely invisible target. The tank also believed to benefit from thick composite armor in its hull which also improves tank survivability. 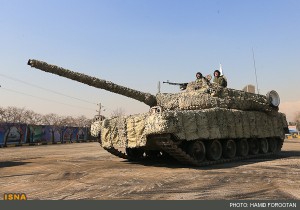 The second tank namely Samsam-1, is a highly modified version of American M-60 tank apparently using a new fire control system, a laser range finder and a laser lock alert system. The interesting point in samsam is the infrared jammer installed on the tank turret which is a bad news for Javelin missile users, which highly depend on the infrared imaging system of the missile. Evidently Samsam hasn’t seen any significant improve in hull or turret armor. 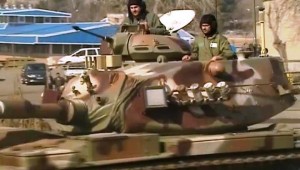 However the utilized technologies in the tanks, especially the wise attention to thermal imaging systems, is highly interesting but it seems that demonstrated tanks lack several important elements of modern MBTs.