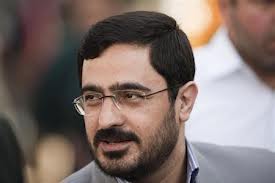 (Reuters) – A once-feared prosecutor at the center of a row between two of Iran’s most powerful figures was freed from two days’ detention on Wednesday, adding a new twist to a political drama Iran watchers expect to intensify before presidential polls in June.

Neither the arrest nor the release of the former judicial official, Saeed Mortazavi, have been accompanied by any public explanation from the authorities.

But Mortazavi was detained shortly after his political ally, President Mahmoud Ahmadinejad, publicly accused Parliament Speaker Ali Larijani’s family of attempting to use their prominence for financial gain.

Its timing suggested it was linked to the accusations of corruption and it was seen as the most recent indication that Ahmadinejad has lost favour with Iran’s most powerful authority, Supreme Leader Ayatollah Ali Khamenei.

On Wednesday, state news agency IRNA reported that Mortazavi had been released from prison, citing an anonymous source. It was unclear whether Mortazavi had posted any bail, IRNA said.

The squabbling between members of Iran’s ruling elite appears to have intensified despite calls from Khamenei, the final arbiter on all matters in Iran, for officials to avoid airing their disagreements in public ahead of the vote.

The Fars news agency reported on Tuesday evening that judiciary chief Sadeq Larijani, the parliament speaker’s brother, held a meeting with Khamenei after Mortazavi had been detained. It did not elaborate.

Khamenei has not commented on Mortazavi’s arrest or Ahmadinejad’s accusations against the Larijanis, and analysts say that by virtue of seniority he is unlikely to mention the specifics of the dispute in public. But he is likely to make a public speech in the coming days as Iran marks the 34th anniversary of the 1979 Islamic revolution this week.

Mortazavi was suspended from his judicial post in 2010 over the torture deaths of three protesters in custody after the 2009 presidential elections, which the opposition said were rigged in Ahmadinejad’s favour, bringing huge crowds into the streets.

Human Rights Watch has previously described Mortazavi as a “serial human rights abuser” whose “unsavoury history goes back many years.”