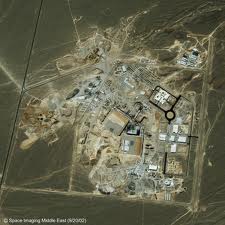 Iran’s nuclear advance may be no empty boast: expert

(Reuters) – Iran could be able to make thousands of next-generation uranium enrichment machines, according to a former chief U.N. inspector, adding credibility to Tehran’s claims of technical advances in its disputed nuclear program.

As Iran and world powers prepare to resume talks aimed at easing a dispute that has raised fears of a new Middle East war, Tehran announced late last month it planned to install the new machines at its main enrichment plant.

The move underlined Iran’s defiance of international demands to scale back the uranium enrichment which Tehran says is for civilian purposes but which could also potentially be used to make material for atom bombs.

, until 2010 a deputy director general of the U.N. nuclear agency, said Iran had started purchasing special materials needed for manufacturing new centrifuges years ago when the sanctions on the country were not as strict as now.

It was not clear how many of the upgraded centrifuges Iran aimed to put in place at its enrichment Natanz plant, which is designed for tens of thousands of machines. But the wording of a note by the International Atomic Energy Agency (IAEA) to member states last week implied it could be as many as 3,000.

“There are reasons to believe that it (Iran) can manufacture those 3,000 IR-2s,” Heinonen told Reuters in an email at the weekend, referring to a centrifuge which is estimated to refine uranium several times faster than those Iran operates today.

Iran has for years been trying to develop centrifuges more advanced than the erratic 1970s IR-1 model it now uses. But their introduction for full-scale production has been delayed by technical hurdles, experts and diplomats say.

They say U.N. and Western sanctions have limited Iran’s access to special steel, carbon fiber and other components needed to make sophisticated centrifuges in larger numbers.

Iran, which denies Western allegations of a nuclear weapons agenda, says it is able to manufacture them domestically.

A Western diplomat in Vienna said he believed the IR-2 may be less dependent on imports than other enrichment machines.

Heinonen, a senior fellow at Harvard University’s Belfer Center for Science and International Affairs, said it was unclear to what extent Iran could make the various materials needed for the new model and how much it must find abroad.

But, the veteran Finnish proliferation expert added, “Iran started to acquire them already around 2002 and 2003 when the sanctions and export controls were not yet that effective.”

The new machines would also require additional manufacturing equipment, as well as other items such as valves and frequency converters which are also hard to obtain in big quantities.

“However, Iran has been able to get or manufacture itself such gear for about 15,000 IR-1s,” Heinonen said.