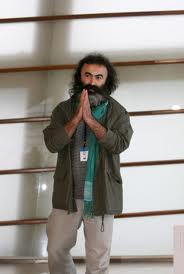 The Tiger competition is awarded to first or second features, and each Tiger winner is awarded 15,000 euros. The jury for the Tiger Award included Iranian actress Fatemeh Motamedarya and Chinese visual artist Ai Weiwei, who was not able to attend the festival and judged from home in Beijing.

The jury commended Fat Shaker, saying: “The film introduces the audience to a very different world. It is a fascinating story with superb characters. The cinematography really draws out the story, the paranoia and the characters.”

The International Film Festival Rotterdam takes place this year from January 23 to February 3 in the Southern Dutch city of Rotterdam. The festival has a reputation for discovering new talent.