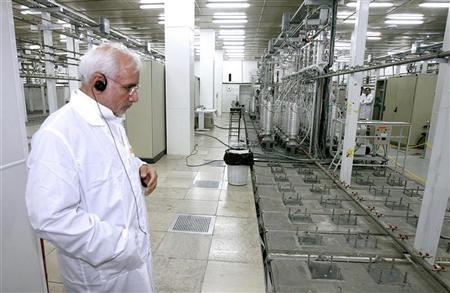 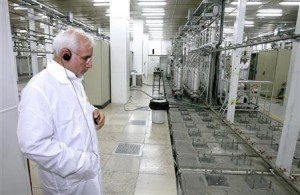 (Reuters) – Iran has informed the U.N. nuclear agency that it plans to use more modern uranium enrichment centrifuges at its Natanz plant, according to a document made available to Reuters on Thursday.

Such a step could enable Iran to refine uranium faster than it can at the moment and increase concerns in Western states and Israel about the goals of Tehran’s nuclear program, which they fear has military aims. Iran says its work is peaceful.

It would also underline Iran’s defiance in the face of international demands to suspend all enrichment activities, enshrined in a series of U.N. Security Council resolutions, and may further complicate diplomacy to resolve the dispute.

A diplomat who declined to be identified, said Iran had informed the International Atomic Energy Agency (IAEA), the Vienna-based U.N. nuclear watchdog, of the plan in a letter dated January 23.

The letter said that Iran would use the new centrifuges – a model called IR2m – at a unit in the Natanz plant where Iran is enriching uranium to a fissile concentration of up to five percent, according to an IAEA communication to member states seen by Reuters.

“The Secretariat of the Agency received a letter from the Atomic Energy Organization of Iran (AEOI) dated 23 January 2013 informing the Agency that ‘centrifuge machines type IR2m will be used in Unit A-22’ at the Fuel Enrichment Plant (FEP) at Natanz,” the IAEA communication said.

Iran says it refines uranium to power a planned network of nuclear power stations. But the West fears that the material, if enriched much further to 90 percent, could be used for weapons. Iran says its nuclear program has only peaceful goals.

The Islamic republic has for years been trying to develop more centrifuges that are more efficient than the breakdown-prone 1970s IR-1 models it now uses for production.