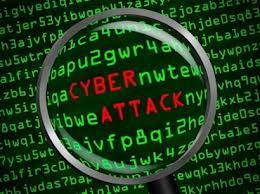 The Secretary of High Council for National Center of Iran Cyberspace says according to unofficial foreign sources, Iran is among top 5 cyber power of the world.

Mahdi Akhavan told Mehr News that “sometimes we see that specific enemies attach the Iranian cyber installations, such as Nuclear and oil facilities, our task is to defend and protect cyberspace installation for these facilities.”

He also added that since there is no central authority to rank countries on their cyber potentials, we cannot comment accurately on this either, but according to foreign sources we have been ranked 5th among best cyber world countries.

Akhavan pointed to Iran’s success in the field of cyber attack detection, saying that “there were about 30 countries asking Iran’s help regarding one specific cyber virus attack.”

He also pointed to activities of some countries to destroy the cyber image of Iran and said that when the enemy sees our cyber defense is reaching the golden status, accuse us of completely baseless charges that we are penetrating the private Iranian cyber domain, needless to say that there are tough laws and they have nothing to worry about.”