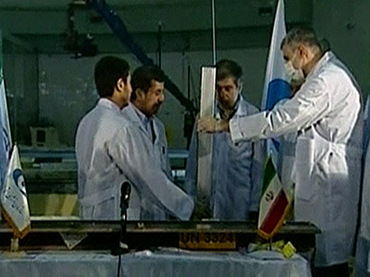 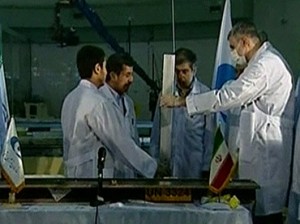 Iran has informed the U.N. nuclear agency that it plans to use more modern uranium enrichment centrifuges at its Natanz plant, according to a document made available to Reuters on Thursday.

Such a step could enable Iran to refine uranium faster than it can at the moment and increase concerns in Western states and Israel about the goals of Tehran’s nuclear program, which they fear has military aims. Iran says its work is peaceful.

Lebanon’s Hezbollah and its backer Iran condemned Thursday a recent Israeli airstrike on a military target in Syria as Russia said it was taking “urgent measures” to confirm the incident had indeed taken place.

“Hezbollah strongly condemns this new Zionist [Israeli] aggression on Syria,” the resistance group said in a statement, describing the attack as a “barbaric” move by the Jewish state.

Britain’s foreign secretary said Thursday that he welcomed the surprise declaration by the top leader of the Syrian opposition that he would negotiate with members of President Bashar Assad’s regime in an effort to end the nearly two-year civil war, which the U.N. says has killed more than 60,000 people.

US funds may have served to buy fuel for Afghan security forces from Iran in direct contravention of America’s economic sanctions on Tehran, a US watchdog warned Wednesday.

And the office of the Special Inspector General for Afghanistan Reconstruction urged the Pentagon to boost oversight of how US money is being spent, particularly amid moves to direct funds straight to Kabul.

The Iranian Navy on Wednesday launched a three-day exercise in the Persian Gulf to rehearse rapid deployment in crisis, the Press TV said.