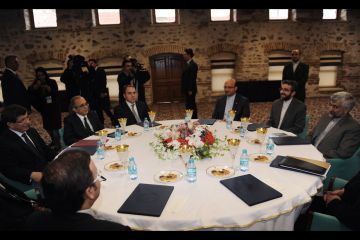 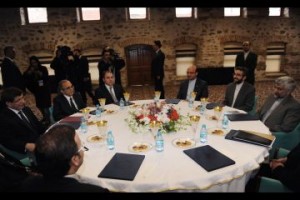 Iranian Majlis (Parliament) Speaker Ali Larijani says Washington is seeking to sabotage the talks between Iran and the P5+1 group when US officials should be making efforts to ensure the negotiations make progress.

In an exclusive interview with the Arabic-language news network Al-Alam on Tuesday, Larijani said the United States is making efforts to create obstacles for the talks between Iran and the P5+1 group (Britain, China, France, Russia, the United States, and Germany) in order to prevent the negotiations from bearing fruit.

“Instead of undermining the Iran-P5+1 talks, the US should help the negotiations move forward,” he stated.

He went on to say that the P5+1 group recently called for the postponement of nuclear talks with Iran to February because they were not ready to negotiate with the Islamic Republic in January.

This turn of events comes despite the fact that Iran was ready to attend the long-awaited negotiations and asked the P5+1 group to remain committed to the January date for the talks, which all sides had agreed upon, Larijani noted.

On January 25, European Union deputy foreign policy chief Helga Schmid asked for the adjournment of the next round of Iran-P5+1 talks to February.

Larijani also stated that the standoff between Iran and the West over Tehran’s nuclear energy program could be resolved if the P5+1 group acts sincerely toward Iran and innovatively.

In addition, as a member of the International Atomic Energy Agency (IAEA) and a signatory of the nuclear Non-Proliferation Treaty (NPT), Iran will itself decide either to enrich uranium to 5 percent purity or 20 percent, he added.