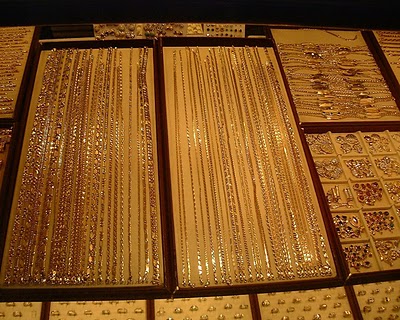 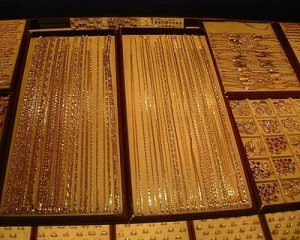 Trade in Turkish gold bars to Iran via Dubai is drying up as a growing number of banks and dealers refuse to buy the bullion to avoid the risks associated with Turkey’s gold-for-gas trade with Iran.

US officials say they are concerned the trade between the two countries provides a financial lifeline to the Iran, which is largely frozen out of the global banking system by Western sanctions.

The US State Department said in December that diplomats were in talks with Ankara over the flow of gold to Iran after the Senate approved expanded sanctions on trade with Iran’s energy and shipping sectors, which would also restrict trade in precious metals.

That increasing US pressure has already started to create troublesome repercussions for exporters of Turkish gold.

Many dealers in Dubai’s crowded and boisterous gold souk now refuse to take gold bars produced in Turkey. Some ask for a deep discount, saying their clients such as banks and other traders had suspended dealing with Turkish bullion over the past couple of months.

The media spotlight on the gold-for-gas exchange has already helped push Turkey’s gold exports to the UAE to $621 million in November from nearly $2 billion in August, according to the latest official trade data.

Turkey, Iran’s biggest natural gas customer, has been paying the Islamic Republic for oil and gas imports with Turkish liras, because Western sanctions prevent it from paying in dollars or euros. Iranians then buy gold in Turkey, and couriers carry the gold worth millions of dollars in their hand luggage to Dubai, where it can be sold for foreign currency or shipped to Iran.

A Turkey-based industry source said the fact that Iranians are buying Turkish gold and shipping it via Dubai has worried international banks and traders and prompted them to suspend trading in Turkish gold bars.

“This is not something declared. It has been going on very quietly for the past month. Some international banks have taken the lead in this and they are simply staying away from any gold bullion that is coming out of Turkey,” he added.

A London-based spokesman for Standard Bank, which is active in Dubai’s gold market, said it was not trading any Turkish-branded gold currently and had not regularly traded in Turkish bullion in the past.

He said, however, that the bank continued to trade gold bars registered by the London Bullion Market Association (LBMA), whose Good Delivery List sets the quality standard for physical gold refining.

“In general we see a decline in the pace of demand from Dubai. After the latest US sanctions, Turkish gold suppliers might have become more cautious too. The market is not as hectic as it was three months ago,” an Istanbul-based gold trader said.

Sources based in Dubai and Turkey said representatives from Turkey’s jewellery makers visited Dubai Multi Commodities Center (DMCC), a government-run commodities platform, in December as part of efforts to disperse the clouds over the reputation of Turkish gold.

The DMCC is a commodities platform that provides the infrastructure for the parties to trade and does not control who trades with whom.

“This is not a Dubai-particular issue. It has started here due to the flows of Turkish gold, but this has now become a global issue around Turkish gold,” said a source with knowledge of the discussions between DMCC and Turkish officials.

The direct and indirect shipments of gold to Iran do not breach existing Western sanctions imposed over its disputed nuclear programme, but they help Tehran manage its finances.

In Dubai, majority government-owned bank Emirates NBD , an active player in the local bullion market, said in a note to clients in November, “Emirates NBD will, as a pure measure of precaution, stop buying and selling all gold bars from Turkish refineries, even though they might be an accredited refinery by the London Good Delivery or by the Dubai Good Delivery List.”

A source in the Dubai office of major bullion dealer ScotiaMocatta, a division of Bank of Nova Scotia, said it was currently not dealing with Turkish gold bars.

Turkish ministers have acknowledged the “gold-for-gas” trade but say it is carried out entirely by the private sector and is not subject to US sanctions.

“We do not feel legally bound by any unilateral sanctions by any country, except if they are endorsed by the U.N. Security Council under Chapter 7,” a Turkish government official said.

“We have a huge (natural gas) consumption requirement from within Turkey … On the gold issue … If they (Iranians) go to the market, we cannot prevent them. If they buy gold here and send it somewhere else, that is up to them … It is not government or government agencies selling gold.”

In Dubai, the government has also increased pressure on traders, forcing them to be cautious about taking Turkish gold, several industry sources said.

“We also know that the local government have their eyes on this. They have the news and they are collecting information; they are also doing a back-door investigation,” said a Dubai-based gold industry source, who requested anonymity due to the sensitive nature of the issue.

“If they get to the conclusion that something is really going wrong, maybe they will investigate a few companies. But it will all be done secretly, so if that’s proven they will not harm the reputation of the companies,” he added.