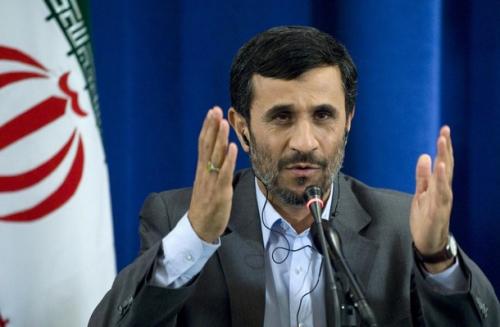 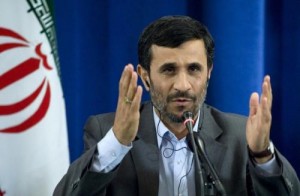 Iran’s Guardians Council has approved changes to the country’s election law that significantly diminish the government’s authority over elections.

A Guardians Council spokesman said the new law stipulates that elections will be run by a new central election board made up of representatives from the three branches of power, as well as seven “national, political, social, and cultural” figures.

Previously, the Interior Ministry was tasked with organizing and overseeing all elections. Now it will play a much smaller role.

The changes, which come as the Islamic republic prepares for a June 14 presidential vote, appear to be a preemptive move to prevent President Mahmud Ahmadinejad from using his office to manipulate the vote.

“A major part of the changes were made because of the concerns of the conservative critics of the Iranian president who are worried that Ahmadinejad and his team could try to interfere in the election and influence the results,” says Iranian journalist Roozbeh Mirebrahimi. “They have therefore limited to a great extent the authority of the [Interior Ministry] to prevent such a possibility. Reformists and opposition members brought fraud charges against Ahmadinejad in the 2009 vote.”

The 11-member Central Executive Election Board will start its work three months before the election. It will be headed by the interior minister and include the intelligence minister, the state prosecutor, and a representative of the parliament, in addition to seven prominent figures, both public and private.

Those seven would be chosen by a committee of 30 people nominated by the Interior Ministry and approved by the prosecutor-general. The committee would select seven permanent election committee members and four alternates.

Some lawmakers who supported the changes argued that the new board will be trusted by the public and thus, lessen the possibility of allegations of fraud against the government.

When first introduced, the proposed changes triggered a new dispute between Ahmadinejad and his powerful conservative rivals, some of whom think the populist president is orchestrating a Putin/Medvedev-style power grab.

Ahmadinejad, who cannot run for a third consecutive term, blasted the proposed changes as unconstitutional. The government’s official newspaper, “Iran,” also criticized the bill for stripping the government of “all its rights” to organize the elections.

Ahmadinejad, once a protégé of Iranian Supreme Leader Ayatollah Khamenei, fell out of favor long ago because of a power struggle with Khamenei and his allies.

Other changes debated in parliament last fall would have required candidates running for election to be between 45 and 75 years old and have a master’s degree, or the equivalent, from a seminary of a traditional Islamic institution of higher education.

According to Mirebrahimi, the powerful Guardians Council — which also vets all candidates — has a record of making politically motivated decisions.

“One of the main factors in the Guardians Council’s decisions is whether the bills strengthen or weaken the council and the bodies that are in-line with the council,” he says.

He added that it’s likely that the Guardians Council thought the proposed requirements in the draft bill would weaken its role in deciding who can stand as a candidate.

The hard-line body has in the past disqualified women as well as liberal minded candidates and candidates whose views it deemed un-Islamic or not in-line with the clerical establishment.