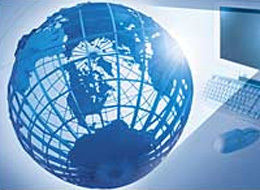 The Pentagon is putting a new emphasis on protecting the country from cyberwarfare, even going as far as drawing up a new plan to increase military and civilian staffing for both defensive and offensive purposes, according to a new report. The Pentagon had decided to expand Cyber Command’s current staffing level of 900 to 4,900 in the coming years. VoR spoke with Wayne Rash, Washington Bureau Chief and senior columnist at Eweek, to discuss the story.

There’s a lot of discussion in that area. And in some cases it depends on what part of the private sector you’re talking about. For example, there’re sections of the critical infrastructure – power plants, phone companies, things like that, where there’s a real strong move to work with these companies to help to build their defenses against cyber-attacks. Unfortunately, it’s not clear how well this is working, because, for example, there was recently a power plant that was offline for several weeks after a relatively unsophisticated attack that was reminiscent of the Stuxnet attack a few years ago in Iran that had turned a lot of workstations offline. There’s still a lot of work to be done, but the Pentagon is trying to accomplish that.

What’s going on with this hacking group known as “Anonymous”? They broke into the Federal Sentencing Commission’s Homepage. They’re saying that they did this in retaliation to the death of Aaron Swartz. Can you tell us about who he was and why “Anonymous” is going on offensive?

He was a fairly low-profile programmer-hacker and it wasn’t clear why he became such a big cause, other than the fact that he committed suicide in jail. And “Anonymous” is attacking the Sentencing Office of the Department of Justice, since then it has also attacked U.S. Probation Office in Michigan. The first attack was with the mask and so forth, the second two attacks were somehow more unusual than the first one.

Are these mostly just to make a statement or are there real things that could be seen as destructive to these websites? What’s the overall message?

“Anonymous” typically put on a message saying that they’re going to make the organization being attacked feel fear and feel as if it can do nothing against “Anonymous”. However, the last two attacks were unusual, they installed a playable version of the game Asteroids. And then they did the same thing on the Probation Office in Michigan. It’s not clear what was the purpose of putting up the game other than to prove that they can do it. Other than that, it didn’t come with a statement as such. Maybe they’re making a statement about how the good the security is on the government website.