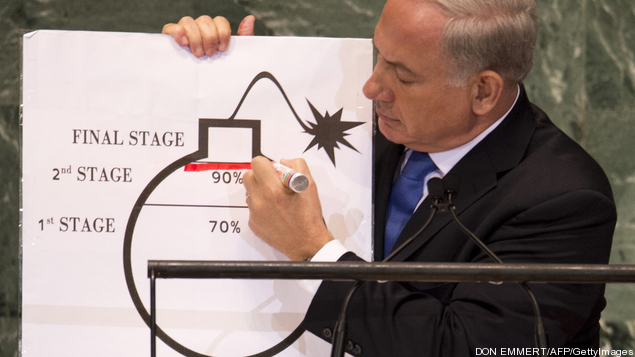 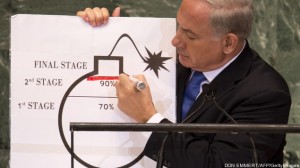 Intelligence briefings given to McClatchy over the last two months have confirmed that various officials across Israel’s military and political echelons now think it’s unrealistic that Iran could develop a nuclear weapons arsenal before 2015. Others pushed the date back even further, to the winter of 2016.

“Previous assessments were built on a set of data that has since shifted,” said one Israeli intelligence officer, who spoke to McClatchy only on the condition that he not be identified. He said that in addition to a series of “mishaps” that interrupted work at Iran’s nuclear facilities, Iranian officials appeared to have slowed the program on their own.

“We can’t attribute the delays in Iran’s nuclear program to accidents and sabotage alone,” he said. “There has not been the run towards a nuclear bomb that some people feared. There is a deliberate slowing on their end.”

Reports that Iran’s nuclear facility at Fordow had been damaged in a nuclear explosion were still being investigated Monday, Israeli officials said. Satellite imagery shared with McClatchy showed that new fortifications had been built around the perimeter of the facility.

“This is already Iran’s most heavily fortified facility,” said another intelligence officer, based in Israel’s central command. “The new construction we are seeing here is meant to prevent access to the facility through land routes.”

He speculated that Iran had taken special care to protect its facilities in Fordow because it was a “highly attractive target for an attack.”

“Despite repeated efforts by Iran to reinforce and protect their nuclear facilities, there have been accidents that some call sabotage that may have been carried out by a number of interested parties,” he said, listing Iranian dissident groups that he said would try to attack Iranian military and nuclear facilities. “One way or another, Iran has been forced to slow down.”

Writing in Israel’s Hebrew-language daily newspaper Yediot Ahronot, military correspondent Alex Fishman said, “Officials responsible for assessing the state of the Iranian nuclear program, both in the West and in the International Atomic Energy Agency, believe that while the Iranians have continued to pursue their nuclear program, they have been doing so cautiously and slowly, making sure not to cross the point of no return.”

Fishman wrote that Israel’s allies in the West, including Europe and the United States, had been notified of the new calculations that Iran couldn’t possess nuclear weapons before 2015.

That assessment, he said, has been unpopular in Israel’s highest political echelons. Prime Minister Benjamin Netanyahu repeatedly has called 2013 a “decisive year” for Iran’s nuclear program. During his speech at the United Nations General Assembly in September, Netanyahu displayed a rudimentary bomb diagram to illustrate Iran’s progress toward a nuclear weapon.

“By next spring, at most next summer, at current enrichment rates, they will have finished the medium enrichment and moved on to the final stage,” Netanyahu said, laying out a timeline for the summer of 2013. “From there it’s only a few months, possibly a few weeks, before they get enough enriched uranium for the first bomb.”

Netanyahu, who’s forming his country’s next government despite disappointing results in national elections, has continued to emphasize a sense of urgency on Iran’s nuclear program, citing it first among his new government’s priorities in his election victory speech.

Israeli officials, however, have said there’s a widening gulf between Netanyahu’s remarks and the intelligence reports he receives.

“There is a question we have to ask ourselves, of ‘Did we cry wolf too early?’ ” the intelligence officer said.

An official in Israel’s Foreign Ministry who spoke with McClatchy on the condition of anonymity said that international pressure and sanctions on Iran had made a tremendous difference.

“Iran is progressing carefully, and we think that is because of international pressure led by the U.S.,” the official said. He added that Israel was very pleased with the tightening of sanctions, especially the recent move to block money that Iran receives for exporting oil to Asian markets.

Last week, President Barack Obama signed the latest round of restrictions into law, imposing sanctions against international companies that do business with Iranian firms while blocking Iran from obtaining key materials necessary for its automobile industries.

Meanwhile, negotiations between Iran and the so-called P5+1 group of nations – China, France, Russia, Great Britain, the United States and Germany – are expected to resume this week. Conflicting reports over the stalled talks have suggested that there was disagreement over the location of the talks and their date.

By The Miami Herald