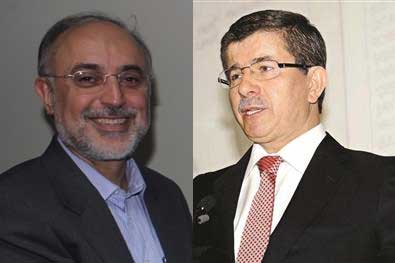 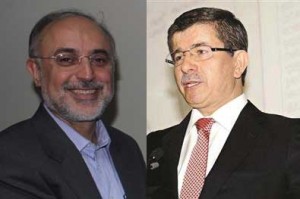 Following comments made by an aide to Ayatollah Khamenei that Iran would respond to attack on Syria, relations with Turkey deteriorate.

Relations between Tehran and Ankara appeared to grow even more strained on Sunday, when a high-ranking Iranian official said it would consider any attack on Syria as an attack on itself.

Ali Akbar Velayati, an aide to Ayatollah Ali Khamenei said “Syria has a very basic and key role in the region for promoting firm policies of resistance… for this reason an attack on Syria would be considered an attack on Iran and Iran’s allies.”

Last week he made a similar statement warning against attempts to topple the Syrian president, saying that the fate of Bashar Assad was a ‘red line’ for Iran.

Meanwhile, Turkey has been sent the first of six Patriot missile batteries being supplied by NATO countries to defend it from a possible Syrian attack.

The US, Germany and the Netherlands are each sending two batteries to Turkey and up to 400 soldiers to operate them after Ankara requested aid from NATO. The Patriots are capable of shooting down hostile missiles in mid-air.

Turkey and Iran used to have a closer relationship before the Syrian uprising aggravated sectorial tensions throughout the region. Both country’s governments base their rule on Islamic ideology, but the Turkey is very upset with the slaughter of Syrian Sunnis and Iran’s strong backing of Assad’s regime.

Ankara has also accused Tehran of supporting the militant Kurdistan Workers’ Party. Turkey has, however, backed Iran in international circles, having rejected a vote on sanctions on Tehran at the UN Security Council back in 2010.

More recently, the Islamist Turkish press, which tends to back Prime Minister Recep Tayyip Erdogan, has begun to voice its frustrations with Iran according to a report by Mustafa Akyol in the news website Al-Monitor. He quotes Mustafa Ozcan, a veteran foreign policy pundit, writing in Yeni Vakit, condemning “Iran’s shamelessness.”

Ozcan goes on to state that “Iran has become the No. 1 enemy of Turkey during the Arab Spring and its Syrian phase. This is despite the fact that Turkey has acted as a protector of Iran in international settings. Regardless, Iran threatens Turkey almost every day. She betrays her friend.”

Akyol goes on to quote other Islamist papers such as the dailyYeni Safak, where columnist Veysi Ates wrote a piece entitled, “This is a disgrace, Iran.”

Akyol concludes that “Such comments have become common in the pro-Islamic Turkish media, as Iran’s support for the Assad regime becomes more and more reviled. While some of the critics seem to have a Sunni bias against Iran’s Shi’ite identity, the majority tries to avoid a sectarian tone.

The common view is that Iran is blindly sectarian in the Middle East, supporting its Shi’ite (or even Shi’ite-lite) allies at the expense of innocent lives and unity of Muslims.”

Iran responded last week by trying to downplay tensions between the two countries.

Iranian Parliament Speaker Ali Larijani was quoted by Iran’s Press TV saying Iran and Turkey “should settle problems in this country [Syria] through cooperation with each other and prevent further deterioration of the situation.”

Larijani also thanked Erdogan for helping in the release of 48 Iranian pilgrims who were abducted by the opposition in Syria.

Despite the increase in tensions, the two countries announced on Sunday that they were founding a joint university near their common border.

“Officials from Van Yuzuncu Yıl University and the Iranian University of Tabriz will work together to establish the Turkish-Iranian university,” reported the Turkish paper Today’s Zaman.

The agreement will be renewed every year automatically unless there is an objection by either party.