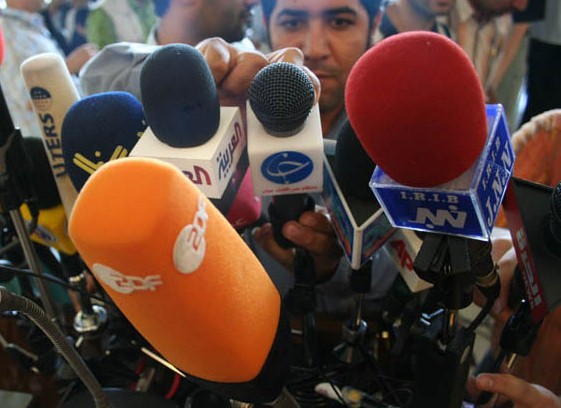 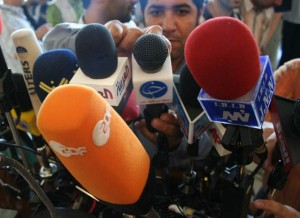 The arrests signal a major escalation in a press crackdown that reflects Iran’s zero tolerance for those who work with dissident media or outlets considered hostile to the regime.

The chief editors of the arrested journalists told The Associated Press that the 14 were taken into custody Sunday night and Monday because of their “foreign contacts.” The editors spoke on condition of anonymity because of fears of reprisals.

In recent years, Iran has denounced the VOA and the BBC’s Persian service, describing them as arms of U.S. and British intelligence agencies. It has warned of severe repercussions for Iranian journalists and activists caught having contacts with these outlets.

The editors refused to say if the detained were accused of providing material specifically to BBC or the Voice of America.

Tehran has repeatedly accused the United States and Britain of seeking to provoke unrest in a bid to oust the country’s clerical rulers, and it has frequently accused opposition figures and supporters of being in league with the nation’s enemies.

Many Iranians regularly tune in to the BBC and VOA’s Persian-language radio and TV channels, despite a ban on satellite dishes and government attempts to jam the airwaves.

The arrests followed last week’s warning by State Prosecutor Gholam Hossein Mohseni Ejehei, who said journalists who are in contact with “hostile foreign media” would be punished. Ejehi described such reporters as “serving the enemy’s purpose.”

The detained journalists – nine men and five women – were identified by their editors. They are from seven different news organizations, including five daily papers, a weekly and the semi-official ILNA news agency.

Some of them have spent months behind bars in the past over critical writings that were carried by foreign-based Iranian dissident media or writings that supported feminist activities.

Since 2000, Iran’s judiciary has shut down more than 120 pro-reform newspapers and jailed dozens of editors and writers on vague charges of insulting authorities.

Also Monday, the semiofficial ISNA news agency said the conservative Tabnak news website, close to the former Revolutionary Guard commander Mohsen Rezaei, has been blocked. No reason was given.