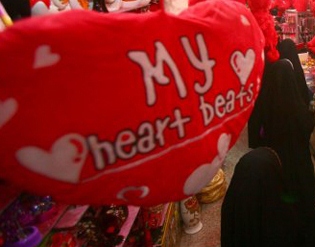 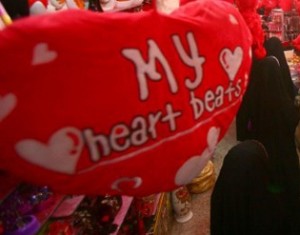 The decision has been made according to suggestions made by the High Council for Cultural Revolution.  The council says the “measure is intended to prevent cultural aggression from the west aiming to weaken family values in the Islamic Republic.”

While Valentine’s Day on February 14 is not part of Iranian culture but Iranian youth have been observing the day for the past recent years.  To counter, some Iranian clerics have suggested in the past that a religious Islamic day be declared as an “Iranian Valentine’s Day”, such as Imam Ali’s Birthday, Shiites first Imam.  That idea has been ridiculed by bloggers and through the social media.

Based on this decision any item bearing a sign or be related in any way to Valentine’s Day will be barred from entering Iran.