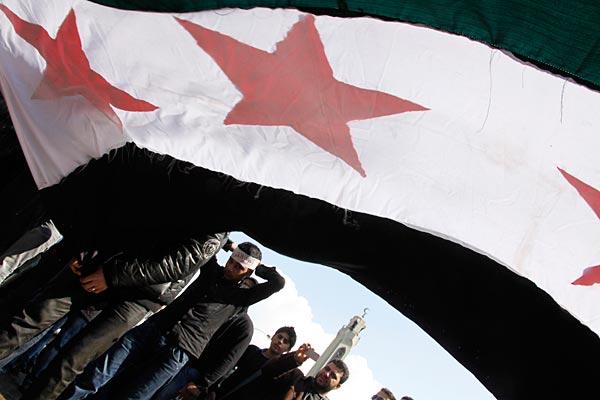 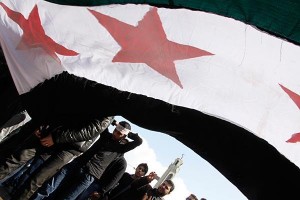 The U.S. ambassador to Syria on Friday criticized Iran’s “unhelpful” role in the Syrian conflict and appealed for more from Russia to help the refugees fleeing their war-torn homeland.

“Iran is playing a very unhelpful role in terms of moving Syria toward a political transition that its people demand,” Robert Ford told reporters in Ankara, a day after meeting Syrian refugees in a Turkish border town.

Ford, who was abruptly recalled from Damascus in October 2011 because of security threats, accused Iran of sending arms to President Bashar al-Assad’s regime.

“We are not talking directly to the Iranians … but we need to understand what the Iranian role is,” he added.

The senior diplomat also called on another key ally of the Syrian regime, Russia, to help with the Syrian refugees who have flooded into neighboring countries.

An international donor conference is to be held in Kuwait on January 30 amid mounting concerns over a deteriorating humanitarian situation.

“We speak regularly to the Russian government about the situation in Syria. It is not a secret that our two positions are not identical,” said Ford.

“With respect to the refugees, what I would simply say is that we, the United States, are sending a delegation to the conference in Kuwait. We hope that other countries will also send delegations in response to the invitation from U.N. Secretary General Ban Ki-moon,” he added.

“I think the United States would welcome a large pledge from Russia to help with the Syrian refugee crisis because all countries need to work together to address this serious humanitarian crisis.”

The United Nations is calling for $1.5 billion (750 million euros) to help through June nearly one million Syrian refugees, and four million other Syrians affected by the conflict but who remain the country.

The U.N. High Commissioner for Refugees has registered 500,000 Syrian refugees and expects nearly a million more by June — figures that represent 4.4 percent of the pre-crisis population.

The U.S. diplomat also stressed that the United States wanted a political solution to end the Syrian crisis, not a military one, and that Assad must step down.

“I want to be very clear about this, that the United States strongly believes that only a political solution, not a military solution will end the crisis in Syria, and that Bashar al-Assad and his regime cannot play the role of a transition government,” Ford said.

“And Bashar al Assad as President Obama and other senior American officials have said must step aside.”