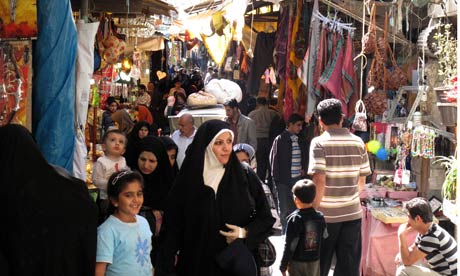 Iran analysis: 5 challenges to an “it’s not that bad” Iranian economist 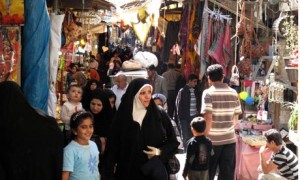 Last October, I critiqued the analysis of US-based Iranian economist Djavad Salehi-Esfahani that “Iran’s economy is not on the point of collapse”. While agreeing with that straw-man declaration, I continued:

There are irrelevant diversions. There are contradictions. There is sweeping, unsupported assertion. Finally, in the last paragraph, there is an admission that approaches the heart of the matter.

Salehi-Isfahani is a prominent analyst, but this piece should be read more as a political intervention than as an accurate critique of the economic situation.

The economist has persisted with the line, despite further problems inside Iran. Yesterday, he put up another straw-man on his blog, “Iran’s Hyperinflation Myth” — reprinted by Al-Monitor as “Is Iranian Hyperinflation a Mirage?” — to declare that the regime could cope with the fall of the currency, that “inflation has decreased substantially”, and that the situation was likely to improve because “awareness of inflation has heightened in all decision-making circles”.

1. The narrative of “hyperinflation”, as put forward by Steve Hanke, is a red herring. The problems in Iran, at consumer level, have been supply-and-distribution problems fuelled by rising costs of producer inputs.

So this is not necessarily a case of systemic hyper-inflation but of “spikes” in costs for particular products –— many of which are essentials.

2. The article slips in the vital issue regarding currency markets —– “Since it has a limited (and shrinking) supply of foreign exchange, mainly thanks to the sanctions, it has to be careful how it uses its forex” — but then moves away.

It shouldn’t. Iran’s foreign reserves, estimated at $80 billion at the end of 2011, are at an unknown level. However, it is safe to say that — given 1) the 50% cut in revenues from oil exports and 2) the injection of reserves into the market, especially in October to stem the collapsing Rial, they are significantly lower now.

One MP said the reserves were at $40 billion in November, and there are indications of trouble — note, for example, the Central Bank’s alleged refusal to provide $2 billion for imports of drugs and medical supplies.

This key claim is unsourced, and it does not fit either official announcements or claims by economists inside Iran. The Central Bank and Statistics Centre both have inflation on a rising curve — at between 25 and 30% annually — and some MPs and economists are claiming 40% to 60%, with up to 100% for some products.

4. “Thanks to the strength of the salaried middle class and president Ahmadinejad’s free spending habits, awareness of inflation has heightened in all decision making circles in Iran.”

This is a curiously blithe comment, illuminating the tendency towards rose-coloured analysis. “Awareness of inflation” does not mean “dealing with inflation”. To the contrary, the dominant political story in Iran in the last few months has been trading of allegations between the executive and legislative branches, with Parliament and Ahmadinejad facing off over the second phase of the subsidy cuts programme.

5. Is it telling that an article supposedly dealing with all the “hype” over currency and economic issues, supposedly providing comprehensive information, should take no notice of last weekend’s furour over the head of the Central Bank —leading to another drop in the Rial?