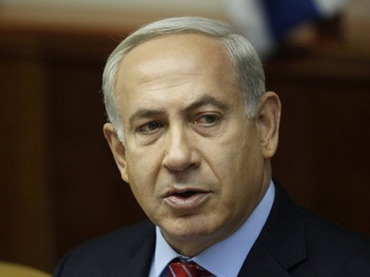 Election takes Israel’s finger off trigger for war with Iran 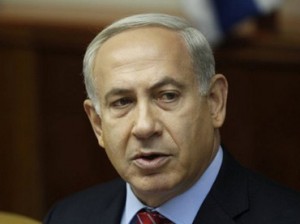 The surprising results of Israel’s election sent a message to Netanyahu not to be so trigger-happy in his threats toward Iran’s nuclear program. The rise of centrist parties also sends a moderating message to the Middle East.

The world can breathe a sigh of relief following Israel’s parliamentary elections on Tuesday. Voters there sent a clear message to Prime Minister Benjamin Netanyahu to take his finger off the trigger in his threat to attack Iran.

The center and pro-peace political parties gained a surprising number of seats against Mr. Netanyahu’s rightist coalition partners, although it may take weeks of negotiations before their clout is seen in a new government. But the point is made to the prime minister: Follow President Obama’s advice and don’t preemptively attack Iran’s nuclear facilities for now. Give economic santions and diplomacy a chance.

The election had a second message for those outside Israel, mainly for Arabs and Iranians.

Israel has long been a model of multiparty pluralism for suppressed Middle East masses. But this election, coming after the initial success of the Arab Spring in 2011, reinforced the merits and meaning of democracy. Israeli voters made clear that their leaders must be more transparent, fair, and accountable to domestic needs and less politically self-serving – a similar refrain held from Tunis to Tehran.

Case in point: Nearly half of the Knesset’s 120 seats will be filled by new faces. And the startling rise of a new party, Yesh Atid (There Is a Future), points to strong sentiments for moderation and inclusiveness in a very divided Israeli society.

The election is less clear about what Israel might do – or rather should do – to help create a nonmilitant, prosperous Palestinian state. While the rise of centrist parties may lead to less building in Jewish settlements on the West Bank, Israeli voters also didn’t endorse any big moves in the peace process or toward a two-state solution.

Still, the election results may help calm a Middle East in upheaval. Syria’s violent revolution could convulse the region if it results in chaos. Iran faces new elections, which could ignite another “green” revolt by disillusioned youth. Egypt’s new democracy needs regional stability to cope with severe economic challenges and questions over Islamic governance.

A more centered Israel, one that can now work more closely with the Obama administration, could be a force for resolving some of the region’s problems. Most of all, the lessening of the possibility of an Israel-Iran war is just what the Middle East needs. Israelis, more so than the outgoing Israeli government, may now be a more suitable partner for peace with the United States.