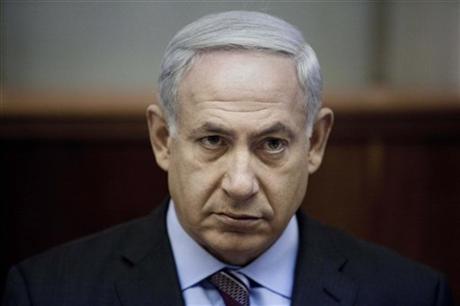 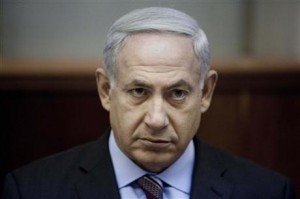 That in turn might draw Netanyahu toward a less fractious relationship with his key ally, U.S. President Barack Obama, who himself embarked on a new term this week with great ambitions.

Interim vote count results on Wednesday showed the Israeli leader’s right-wing Likud and the ultra-nationalist Yisrael Beitenu would remain the biggest bloc in the 120-member assembly, but with only 31 seats, 11 fewer than the 42 the two parties held in the last parliament.

That put Netanyahu on course for a third term in office, perhaps leading a hardline coalition that would promote Jewish settlement on occupied land.

But his weakened showing in the ballot, which he had called nine months early in the hope of a strong mandate for his struggle with Iran, could complicate his efforts to forge an alliance with a stable and substantial majority in parliament.

“I am proud to be your prime minister, and I thank you for giving me the opportunity, for the third time, to lead the state of Israel,” the 63-year-old leader told a cheering crowd in the early hours of Wednesday at his campaign headquarters.

Netanyahu said he planned to form as broad a governing coalition as possible, suggesting he would seek partners beyond his traditional ultra-nationalist and religious allies. His first call may be to Yair Lapid, a former television anchorman whose centrist, secular party came from nowhere to second place.

Iran denies it is planning to build an atomic bomb, and says Israel, widely believed to have the only nuclear arsenal in the Middle East, is the biggest threat to the region.

Netanyahu views Tehran’s nuclear program as a threat to Israel’s existence and has stoked international concern by hinting at possible Israeli military action to thwart it.

He has shunted Palestinian peacemaking well down the agenda despite Western concern to keep the quest for a solution alive.

Wednesday’s count forecast an even split between right-wing parties and the centre-left, with each bloc taking 60 of parliament’s 120 seats.

Lapid’s Yesh Atid (There is a Future) party should have 19 seats, the interim count showed – a stunning result for a newcomer to politics in a field of 32 contending parties.

He urged Netanyahu “to build as broad a government as possible so that we can bring about real change in Israel”.

The once dominant Labour party led by Shelly Yachimovich was projected to take third place with 15 seats. She described Likud victory claims as “ridiculous” before final results were in.

Reconciling views to build a cabinet will certainly be hard.

Some in Netanyahu’s party acknowledged that the election had gone somewhat awry. “We anticipated we would lose some votes to Lapid, but not to this extent. This was a Yesh Atid sweep,” Likud-Yisrael Beitenu campaign adviser Ronen Moshe told Reuters.

Lapid said before the election he would consider joining a Netanyahu-led government. If that happens, the ultra-Orthodox religious parties which often hold the balance of power in parliament might lose some of their leverage.

After a lackluster campaign, Israelis voted in droves on a sunny winter day, registering a turnout of 66.6 percent, the highest since 2003. That buoyed centre-left parties which had pinned their hopes on energizing an army of undecided voters against Netanyahu and his nationalist-religious allies.

“A big majority of middle class Israelis have voted strongly against the priorities of the last government,” said Dan Avnon, a political science professor at Hebrew University.

“These are the people who pay the taxes and serve in the army,” he said. “I don’t think they can be ignored.”

Opinion polls before the election had predicted an easy win for Netanyahu, although the last ones suggested he would lose some votes to the Jewish Home party, which opposes a Palestinian state and advocates annexing chunks of the occupied West Bank.

The biggest casualty was the centrist Kadima party, which teetered between a minimum parliamentary showing of 2 seats and political extinction, depending on the final vote tally due later on Wednesday.

Kadima had gained the highest number in the previous election in 2009, although its then leader Tzipi Livni failed to put together a governing coalition.

Official vote results will be announced on January 30. After that, President Shimon Peres is likely to ask Netanyahu, as leader of the biggest bloc in parliament, to try to form a government.

Whatever permutation finally emerges, a Netanyahu-led government is likely to resist any push for a peace deal with the Palestinians that would come anywhere near satisfying the moderates who seek a viable independent state alongside Israel.

Naftali Bennet, high-tech millionaire son of American immigrants who leads the hard-right, pro-settler Jewish Home party, was a likely coalition partner despite his election showing, which was less than surging opinion polls had predicted.

Bennet, who advocates annexing West Bank land to Israel, told cheering supporters: “There is only one truth and it is simple. The Land of Israel belongs to the people of Israel.”

Britain warned Israel on Tuesday it was losing international support, saying Jewish settlement expansion had almost killed off prospects for a two-state solution.

U.S.-brokered peace talks broke down in 2010 amid mutual acrimony. Since then Israel has accelerated construction in the West Bank and east Jerusalem – land the Palestinians want for their future state – much to the anger of Western partners.

Netanyahu’s relations with Obama have been notably tense and Martin Indyk, former U.S. ambassador to Israel, told the BBC the election was unlikely to change that.

“President Obama doesn’t have high expectations that there’s going to be a government in Israel committed to making peace and is capable of the kind of very difficult and painful concessions that would be needed to achieve a two-state solution,” he said.

But Aaron David Miller, once a senior U.S. adviser on the peace process, said a weakening of the right might improve ties: “The fact is, if (Netanyahu) goes with Lapid and he reaches out to the centre, you’re going to end up with an American-Israeli rapprochement to a certain degree,” Miller told CNN.

Tuesday’s vote was the first in Israel since Arab uprisings swept the region two years ago, reshaping the Middle East.

Netanyahu has said the turbulence, which has brought Islamist governments to power in several countries long ruled by secularist autocrats, including neighboring Egypt, shows the importance of strengthening national security.

Foreign policy issues barely registered during the election campaign, with a poll in Haaretz newspaper on Friday saying 47 percent of Israelis thought social and economic issues were the most pressing concern, against just 10 percent who cited Iran.

A major problem for the next government, which is unlikely to take power before mid-March, is the stuttering economy.