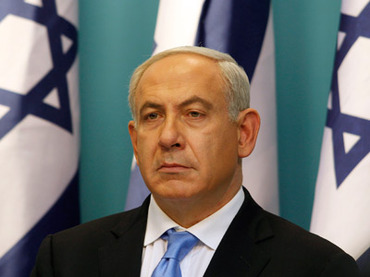 Israeli elections and relations with the US, Iran and Turkey 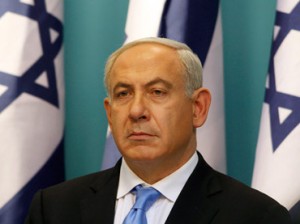 It seems that the Israeli political landscape has further fragmented and leaned further toward the right wing following the Jan. 22 elections. There is almost a consensus among international media that Israeli politicians have left aside the solid problems of the Israeli people like the Palestinian issue, economic problems and illegal migration and stuck to the rather ideological issue of how to threaten Iran best.

What Israeli politicians are doing is actually blackmailing the United States over the Israeli lobby there by saying that Israel might do something so terrible to Iran that the Americans might have to clean it up later.

It has proved successful so far. Especially in the run-up to the U.S. elections in November 2012, President Barack Obama tried to soothe Benjamin Netanyahu with a policy that can be summed up as “You stay calm, I’ll take care of them if necessary.” Obama won the elections and none of his second-term choices for critical positions were Israel’s best choice. John Kerry in the State Department and Chuck Hagel in the Pentagon are known for more balanced political stances regarding Middle East issues. They, just like Obama, are aware of the fact that Iran has nothing to do with Afghanistan or Iraq, which, by the way, are not success stories yet. The U.S. system has already generated enough open material available on the web showing that an Israeli-style hit-and-run sabotage attack could only delay an Iranian nuclear program, but would also agitate them further for a nuclear weapons program. It is impossible to believe how smart people like Israeli politicians cannot see that Iran is a big country (in physical terms), with resources, history and tradition. It would be very unlikely that Obama or any other U.S. government would like to get engaged in a war with Iran, not only because of bitter memories of Iraq, Afghanistan and Libya, but because of its new strategy: economy-focused competition with China and Russia in the Pacific region.

There are certain precautions that the U.S. has taken for the Old World contingencies. The Missile Shield project is one of them; its early warning radar is based in Turkey. The MS radar in Malatya has become a new strategic asset for Turkey after the straits and the İncirlik NATO base. The fact that the U.S. has committed itself, along with Germany and the Netherlands, to deploy Patriot anti-missile batteries to Turkey apparently to deter any attack from civil war-hit Syria is another sign that Turkish Prime Minister Tayyip Erdoğan will be among Obama’s best friends for some time longer.

But Obama also wants Israel and Turkey to be friends again. Israeli politicians are giving decoy statements one after another saying they are ready to get relations back on track ignoring Turkey’s demands about an open apology because of nine Turks killed by Israeli commandoes on their way to take humanitarian material to the Palestinian territory of Gaza under Israeli blockade in 2010.

There were indications that Netanyahu wanted to apologize to Turkey and try to normalize relations with Ankara, which is to the benefit of Israel more than Turkey, considering the changing political atmosphere of the region. Will the new Israeli government, possibly a fragile coalition, be able to do that? It is not possible to make a prediction from today, partly it depends on how seriously the U.S. would want this and also on the stance of the Israeli lobby in the U.S. changing. We have to wait for another few weeks to see.