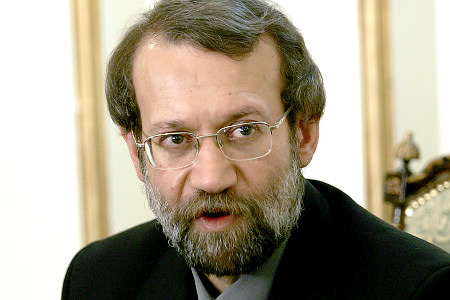 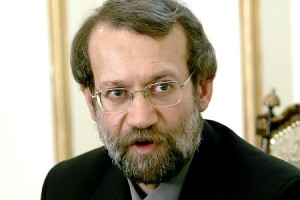 Çiçek met with his Iranian counterpart on the sidelines of the eighth meeting of the Organization of Islamic Cooperation (OIC) in the Sudanese capital, Khartoum.

Forty-eight Iranians who were captured in Damascus in August by Syrian opposition groups were released earlier this month in a swap deal mediated by Qatar, Iran and a Turkish charity group, the Humanitarian Aid Foundation (İHH).

In exchange for the 48 Iranians, the Syrian regime released 2,130 prisoners, including a number of Turkish nationals.

Mentioning his pleasure over the release of the 48 kidnapped Iranians, Çiçek said Turkey and Iran are two important countries in the region with whom there is room to cooperate further.

“Turkey and Iran are two important countries in the region. Gathering and consulting more often to resolve regional issues will bring us closer to solutions,” Çiçek said.

In return, Larijani thanked Çiçek and Turkish Prime Minister Recep Tayyip Erdoğan for the Turkish contribution to the release of the Iranians held in Syria.

The Syrian opposition argued that the 48 Iranians were members of Iran’s elite Revolutionary Guard Corps and threatened to kill them. Tehran, one of the Syrian regime’s closest allies, first denied this, saying they were Shiite Muslim pilgrims visiting a shrine in Syria, but it acknowledged later that some of the hostages were members of the IRGC. However, Tehran claimed that they had no active duty and role within the army at the time they were kidnapped.