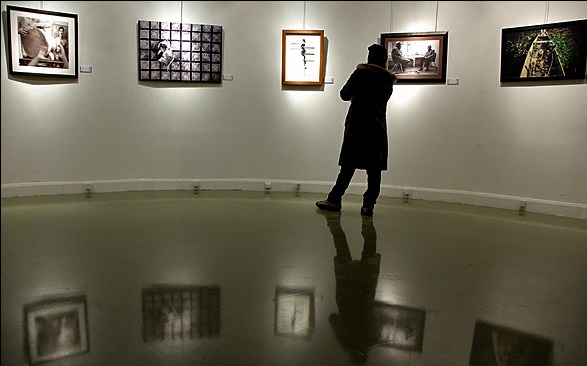 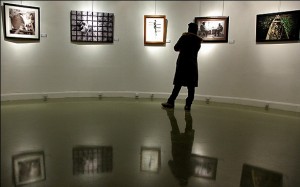 International sanctions imposed against Iran over its disputed nuclear program are affecting all areas of Iranian life. Lately, inflation and a severely depreciated currency have begun to bite in a segment of society that seems far removed from debates over uranium enrichment and “possible military dimensions”: Tehran’s artistic class.

As the economy crumbles, artists find that many erstwhile collectors now treat their work as a dispensable luxury. To maintain sales, galleries try to put a limit on prices while the cost of daily commodities rise. But while some artists struggle, the barren economy provides fertile ground for young creatives willing to settle for smaller profits – and for those who appeal to an international audience.

With the rial losing half its foreign-exchange value over the past year and hard-currency reserves dwindling, the power to purchase art is concentrating in the hands of foreigners and Iranians with access to foreign currency. “Sales have dipped and general interest in the art industry has waned,” said an art analyst in Tehran, who asked not to be named. Foreigners are a growing presence in the local art market, he said. “Expats and embassy workers have a stronger currency and they can haggle with galleries.”

In a city where public socialising is severely restricted beyond the realm of coffee shops, restaurants and the odd flirtation through car windows, art spaces serve a crucial role for Tehranis. Gallery openings are among the few public events not run by authorities, and every Friday afternoon, art exhibitions attract crowds of mingling youths. As aesthetic trends turn increasingly towards conceptual art and installations, galleries more than ever serve as social rather than commercial forums.

According to experts, inflation climbed to at least 50% in 2012, fueled by a combination of sanctions and failed government policies. In addition to ebbing sales, the costs for art materials, studio rent, gallery space, and transportation have shot up, slashing profits further. Galleries in Tehran recommend artists not increase their prices in step with inflation, and rather than boosting local sales, the artificially low price tags open the market to buyers outside the country.

“After the currency crisis, many collectors from overseas, both Iranians and foreigners, come here to buy art,” said Afarin Neyssari, founder of Aun Gallery, one of Tehran’s primary art spaces. “It’s much cheaper for them now.” Like other gallery owners, Neyssari regularly travels abroad to art fairs to seek out international collectors.

On a recent Friday afternoon, Aun Gallery opened Icarus’ Dream, an exhibition of recent work by Bijan Rafaty. A week later he had sold just one of the seven large paintings from the title series – a life-sized silhouette of himself in green and red patterns – and a few smaller, less expensive pieces. Rafaty, 65, has sold paintings from the same series internationally for £10,000, about double what he gets in Iran.

“I have a very hard time surviving here,” he said. “More artists now are trying to meet the market, but I don’t.”

Rafaty belongs to a strata of artists accustomed to supporting themselves with their work, but not prominent enough to maintain their high prices during times of crisis. “The big names are always going to sell,” said the Tehran art analyst. “It’s the middle-of-the-road artists who struggle.”
Meanwhile, even as Iran’s economy withers, its creative energy doesn’t. Trying to maintain some of their revenue, galleries bring younger artists to the fore, even if that means selling pieces for 10 million rials (£220) rather than 50 million.

In the autumn, Aun Gallery gave several young artists one week each to display and sell their works. “I wanted to give young people a chance to buy art at affordable prices,” Neyssari said. “An Iranian student who lived in Paris came here and bought a piece with money straight out of her pocket.”
Many of the few foreigners who remain in Tehran visit the galleries regularly, and they’re more ready than ever to shop. For people with foreign currency in hand, Iranian art has suddenly become a very good bargain. “Art here is incredibly cheap,” said a Western diplomat. Declaring that he doesn’t buy art in his home country because it is too expensive, he compared prices in Tehran to those in Burma and Indonesia. “But it’s more impressive here,” he said. “The art is amazing. Especially newcomers are surprisingly inexpensive. I was looking at a couple of framed photographs, which were about 7 million rials (£155). I first thought it was a mistake.”
Observers say the Tehran art scene has become more overtly political since the large protests after the 2009 presidential election. This turn is especially evident among young artists, who find their primary clientele among foreigners looking for counter-cultural works.
More established art, however, finds customers among a wealthy, local cultural elite. Lili Golestan, who has run her eponymous Tehran gallery for 25 years, does not display political art on her walls. Selling almost exclusively to Iranians, last year was a good one, she said.
“Expensive art is very easy to sell,” she said, standing in her gallery with walls were adorned with black crows in sharp geometrical formations. The works, photographs by the popular 63-year-old Maryam Zandi, don’t lose value, said Golestan. “In times like these, people buy art as an investment.”
In the view of Aun Gallery’s Neyssari, Iranian artists have begun to focus more on their immediate surroundings, which she believes will spark renewed interest in Tehran’s art scene. In a small Aun Gallery annex, Zanbagh Lotfi recently exhibited a series of abstract paintings and small patina-blurred photographs in illuminated light switches that commemorate a recently demolished downtown villa. The most expensive work sold by the 32-year-old artist went for 60 million rials (£1,315). Lotfi’s sales during the week-long show will constitute most of her annual income from art.
“The younger artists are winning,” said the art analyst, even if “not commercially”.