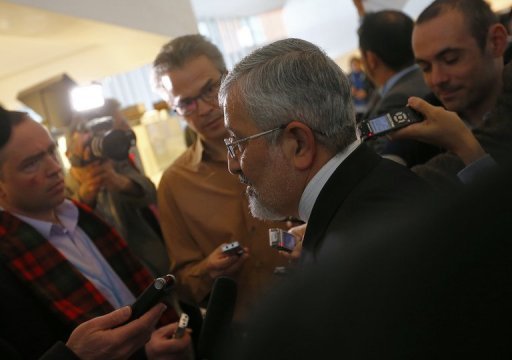 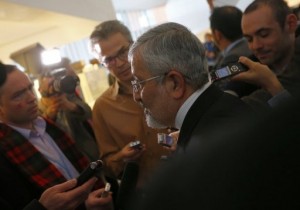 Amid a continued stalemate in efforts to resume nuclear talks, a key advisor to Iran’s nuclear negotiating team has published a proposal he says has been previously presented to the United States and five world powers for resolving international concerns about Iran’s nuclear program.

The other is Hamid-Reza Asgari, the low-profile legal advisor to Iran’s Atomic Energy organization and non-proliferation advisor to Iran’s National Security Council. Asgari led Iran’s team to technical talks with nuclear experts from the United States and other P5+1 powers in Istanbul July 3rd.. Asgari previously met with American, as well as Russian and French diplomats, in Vienna on October 21, 2009 to discuss the details of a nuclear fuel swap deal that later fell apart amid domestic infighting in Iran.

Asgari “is the real boss,” the Iranian source told the Back Channel.

“The two sides, according to Tehran, should first address each other’s concerns,”  Mohammadi wrote in Iran Review January 9th:

The United States should, thus, recognize Iran’s right to enrich uranium and Iran, in return, will announce that it has no plan to build nuclear weapons. In the next stage, the US and the European Union should remove all unilateral sanctions against Iran and Iran, for its part, will take immediate steps to address the remaining concerns of the International Atomic Energy Agency (IAEA) which the Western countries claim to be very important. In fact, a new round of IAEA’s inspections of and access to Iran’s nuclear sites will begin. In the third stage, Iran will be ready to negotiate about 20-percent enrichment provided that the United Nations Security Council will annul all its sanctions resolutions against Tehran. […]

The proposal, which would not have Iran negotiate curbing its higher 20% uranium enrichment activities until the third step, after the lifting of US and European sanctions, is likely to be viewed as a disturbing sign that Iran may still not be prepared to seriously negotiate. At the same time, it could be read as an Iranian effort not to appear over-eager for a deal, ahead of anticipated negotiations Tehran does hope will lead to sanctions relief.

“Iran is still in the opening salvo stages of negotiations, presenting its maximalist demands,” Mark Fitzpatrick, an Iran expert with the International Institute for Strategic Studies (IISS), told the Back Channel Tuesday. “And clearly these so-called reciprocal concessions are not in the ballpark for what the six powers can accept. Because Iran is not really giving up anything other than 20%. No mention of Fordo, of its stockpile [of enriched uranium] and no limits on its 5% production.”

“Considering that [Iranian President Mahmoud] Ahmadinejad repeatedly said Iran could stop 20% in exchange for fuel for [the Tehran Research Reactor] TRR, now Iran is demanding everything for stopping 20%,” Fitzpatrick continued. “That is not a reasonable position for the P5. And they [the Iranians] need to get in the room and talk seriously.”

The publication of Tehran’s proposal comes as western negotiators have been waiting with growing discouragement for Iran to respond to numerous attempts to schedule a new round of talks with six world powers.

“We have spoken to them a number of times since before the new year and have offered dates and venue, but they still don’t come back with a straight answer,” Michael Mann, a spokesperson for European Union foreign policy chief Catherine Ashton, told the Back Channel Monday.

Meantime, an Iranian parliamentarian floated the possibility that Iran may suspend talks with the P5+1 altogether, Iran media reported Monday.

“Europe and the West want to prolong talks and they are seeking specific objectives hereby,” Mansour Haqiqat Pour, the deputy chair of the Majlis National Security and Foreign policy committee, was cited by Iran’s IRIB broadcaster, Mehr reported Monday Jan. 21. “But as we have always said, we are ready for negotiations. But, their approach reveal that other side do not care much about it.”

Most likely, however, Iran will agree to come to the table, as it can’t afford to be seen not to be willing to talk, analysts suggested.

“Obama really does mean Iran can’t get nuclear weapons and [has] not discarded the military option, even though he doesn’t like to wave it in their faces,” Fitzpatrick said. “Obstinacy by Iran to even talk will strengthen the military option.”

Though many see Iran’s new Secretary of State and Defense nominees John Kerry and Chuck Hagel as favoring efforts to engage Iran, “the new team… is going to be quickly disillusioned by the failure to talk,” he added.

At the same time, Fitzpatrick warned, the West is not helping advance diplomacy by constantly insisting sanctions will force Iran to make concessions.

“It’s a mis-perception that Iran is on the ropes and … sanctions have driven them to the negotiating table,” Fitzpatrick said. “And I think that is a bigger factor for Iran. It doesn’t want to be seen hurting so bad. And they don’t want want to show over-eagerness to come  to the table.”