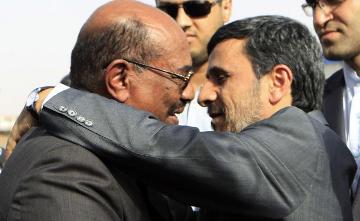 How did Iranian bullets wind up in Africa? 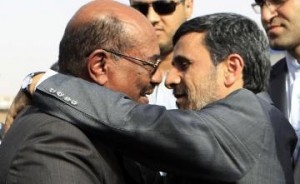 A new report suggests the tight relationship between the Iranian and Sudanese militaries has consequences far beyond the Sudan’s borders.

The Iranian bullets that a Conflict Armament Research report found throughout Africa probably weren’t of the highest quality the Islamic Republic could offer. They were all made during the same three-year period at the beginning of the last decade — it’s likely they were military surplus or low-quality leftovers, sold at a discount to anyone looking for cheap ammo. But low-quality bullets are still deadly, and the CAR found Iranian munitions all over Africa, in 14 locations across nine countries, and with groups as diverse as a Tutsi militia in the Democratic Republic of Congo, and terrorists aligned with Al Qaeda in the Islamic Maghreb. And there’s evidence to suggest that Iran’s closest African partner played an active role in funneling the ammunition throughout the continent.

Despite some very public internal disagreements, Sudan’s nominally-Islamist National Congress Party government has positioned itself as a key ally of Iran, and of the collection of countries and militant groups opposed to American, Israeli and western policies in the Middle East. Ali Karti, Sudan’s foreign minister, has publically spoken out against the country’s tight military relations with Iran, and American policymakers have long viewed the NCP government as willing to abandon its close relationships with rogue states and terrorist groups if the right combination of incentives and inducements could be reached. But the moderate bloc inside the NCP doesn’t seem to be winning out: Iran helps operate the sprawling Yarmouk weapons facility in Khartoum, a plant that stored a group of shipping containers that were targeted and practically vaporized by an airstrike in October, an attack that was likely Israel’s doing. According to the Conflict Armament Research report, the Yarmouk is involved in the development of Iranian arms: “Yarmouk Industrial Complex in Khartoum serves as a production/onward shipment facility for Iranian/ Iranian-designed weapons,” while plant personnel “visit Tehran for regular technical training on weapons or ammunition production.” According to a 2006 Wikileaks cable, Yarmouk was also involved in the production of chemical and biological weapons material for Iran and Syria.

There are more recent developments as well. Hamas interior minister Fathi Hammad visited Khartoum this week, where he announced that fighters from the Palestinian Islamist group would soon be training in Sudan. The country is still a hub for activity detrimental to the broader international community’s interests, and the CAR report provides additional evidence that Sudan is engaging in destabilizing and probably even illegal activities.

A trans-African Sudanese weapons pipeline is only hinted at in the report — no one knows how Iranian and Sudanese bullets traveled across the Sahel to Niger and Cote D’Ivoire, or ended up with Tutsi militants in the South Kivu region of the Democratic Republic of the Congo. There’s no proof that either the Sudanese or Iranian governments were facilitating this transfer of munitions to such far-flung corners of Africa. But James Bevan, director of CAR, says that Sudanese and Iranian ammunition could often be found in the same clip in Niger, northern Cote D’Ivoire and the DRC.

Intermingled ammunition isn’t the only thing CAR found in the present-day South Sudan, where pro-Khartoum militias were discovered to be using rocket launchers of Iranian design. The timeline in which the Iranian arms were provided to these groups, which include David Yau-Yau’s rebel group and the anti-government South Sudan Liberation Army, suggest that the Iranian arms were part of Khartoum’s efforts to either derail or handicap the ongoing peace process in the country’s south. According to the report, a “significant quantity of Iranian ordnance in service with Khartoum-backed forces” was first observed in 2012 and 2011 in South Sudan’s restive Jonglei and Unity States, respectively. A referendum vote, in which South Sudanese opted to secede from Sudan, was held on January 30, 2011, and independence arrived in July of that year. Thanks to American pressure, Sudan was largely cooperative throughout the referendum process. But either as a matter of official policy, or by virtue of Khartoum’s notoriously compartmentalized power structure, someone inside the Sudanese government was nevertheless succeeding in sewing violence and chaos in the South. And they were using Iranian arms to do it.

In Darfur, the role of Iranian weaponry is a bit more speculative. All of the Iranian bullets found in Africa by CAR were made between 2003 and 2006 — CAR believes that the bullets found on pro-Khartoum militias in Darfur were supplied between 2003, when the ammunition was made, and 2008, when it was discovered on the battlefield. Assuming a six-month or year-long lag between the ammunition’s production and its delivery to Darfur, it is possible the bullets reached the Khartoum-backed militants in late 2003 and early 2004, one of the bloodiest periods of the Darfur conflict — up to 30,000 people were killed, and another 100,000 displaced, in the 12 months leading up to June of 2004. Iranian arms could have played a role in that escalation as well. Information from the Stockholm International Peace Institute’s registry of interstate conventional arms transfers suggests this might be the case: in 2003, Iran made $15.2 worth of declared conventional arms sales to Sudan, the second-highest total for Iran-to-Sudan arms transfers that decade.

The reason for the presence of Iranian munitions is far vaguer in the DRC, where mixed Sudanese and Iranian-produced ammunition was used by the Forces Républicaines Fédéralistes, a militia consisting of members of the Banyumulenge, a Tutsi sub-group in South Kivu. It’s unknown how this militia, out of the dozens of armed organizations in the DRC, ended up with the ammunition. “Hard to say,” Jason Stearns, a leading expert on the DRC, wrote in an email, “but the FRF and most other militants in the region buy their weapons from the national armies of the Congo, Burundi, Tanzania and Rwanda. It’s likely to have been shipped there first and then sold to the FRF.” Regardless of the reasons why, the CAR found that the flow of Iranian munitions was able to trickle over 1,300 miles south of Khartoum. The CAR found Iranian ammunition at 14 sites in nine countries. Perhaps more than anything else, the weaponry’s presence in the DRC indicates that the problem goes even deeper than that.

CAR mostly tracked the use of ammunition throughout the continent, although it did find that the Sudan’s state-owned weapons manufacturer displayed pictures of weapons of obviously Iranian design on its website. Bevan says that in South Sudan and Darfur, “some of the weapons that we’ve picked up are of Iranian design and are very similar to Iranian weapons. But they’re different in that they appear to be of lower qualify.” He theorizes that Sudan is “producing a select range of very simple weapons” and ammunition of Iranian design.

The revelations about Iranian ammunition might be just as significant. Unlike a gun, a bullet can only be used once. Bevan says that his research team once found an armed group in the possession of an Italian bullet made in 1896 at a site on the South Sudan-Ethiopia border — bullets age well, but they are also non-recyclable (even if the shell casings are not). Wars are impossible without ammunition, or without either a large or consistent supply of it. “Theoretically and I’ll argue practically, ammunition gives you more of a dynamic picture of what’s going on,” Bevan says.

Iranian ammo is, at most, a minor factor in propelling existing conflicts. Iran is ranked as a ” tier-four” exporter of small arms by the Small Arms Survey, well below the U.S., China and Russia. According to Bevan, Chinese and Russian small arms and ammunitions flows to Africa dwarf Iran’s relatively-paltry contribution. But Iranian ammo is part of the same toxic deluge of foreign weaponry that allows African conflicts to persist. With a friendly government in a particularly unstable part of the Horn of Africa — a partner with potential access to weapons-smuggling routes across the vast and ungovernable Sahara, and which doesn’t seem to care that it’s been violating a UN embargo on Iranian arms — the danger might be far from contained.

Luckily, the researchers found encouraging evidence that international sanctions on Iranian arms exports successfully stanched the flow of Iranian ammo to some parts of Africa. Bevan says that a transaction between the governments of Guinea and Iran was closed shortly before international sanctions on Iranian arms went into effect in 2007. Kenya, which bought ammunition directly from the Iranian government, stopped doing so as soon as sanctions were passed. This is one area where international law is working– the report recounts how a massive shipment of Iranian mortars, impact fuses, hand grenades, rockets and ammunition was seized in Nigeria in 2010.

Restrictions on the Iranian munitions trade could arguably be strengthened, at least in a more general sense. According to Arms Control Associationexecutive director Daryl Kimball, the international legal regime regarding transfers of ammunition is notably lax. “Today there are no common international standards or requirements for the authorization of conventional arms or ammunition transfers between states,” says Kimball. “There’s no international requirement that says that Iran must report on its arms or ammunition exports. And so it is very easy for their exports to get into the hands of irresponsible actors.”

Keeping track of ammunition has inherent difficulties compared to tracking arms, Kimball says. “Ammunition is easier to break down in terms of the shipments and distribution. It’s also one of the least expensive components of the [weapons] process…it’s not all made in a way that makes it clearly traceable.” But it wouldn’t be impossible: in March, the U.N. general assembly countries will convene to discuss a proposed global arms trade treaty, which Kimball says would fill in many of the existing gaps in international small arms control. The treaty will likely include new requirements for monitoring and declaring transfers of ammunition.

The treaty could tighten scrutiny of the kinds of covert, interstate exchanges that helped spread Iranian ammunition, and Iranian-designed weapons, from Sudan to Cote D’Ivoire to the DRC. But there’s a more immediate policy implication to the CAR report as well. It isn’t just Israelis who have paid a price for close relations between the Sudan and Iran — Ivorians, South Sudanese, Darfuris, and perhaps even Malians have been brutalized by this alliance as well. The U.S. and the international community have a number of possible options for breaking the connection between Khartoum and Tehran. Moderates in the Sudanese government have felt spurned by repeated American failures to normalize relations, a frustration that goes back to the Sudan’s various internal reforms and expulsion of Osama bin Laden in 1996. Right now, normalization is held up by human rights concerns over Sudanese actions in the conflict that’s currently engulfing Blue Nile and Southern Kordofan states. Normalizing with Khartoum might mean sacrificing a humanitarian objective for a political one, while investing American trust in a government that has repeatedly proven unworthy of it. But it’s an option.

Another option is to continue stigmatizing and isolating a government with such close ties to the most destabilizing state and non-state actors in the Middle East. Sudan is an especially nettlesome test-case for the larger sticks versus carrots debate: sanctions, scrutiny, and even the International Criminal Court indictment of its highest-ranking leaders has failed to affect much meaningful change in Khartoum, but a more conciliatory policy, like the one pursued by former Obama administration Sudan envoy Scott Gration, hasn’t yielded many results either. The CAR report is additional proof that the dilemma’s difficulty hardly lessens its urgency–and of the human and geopolitical cost of Iranian policy in Africa.