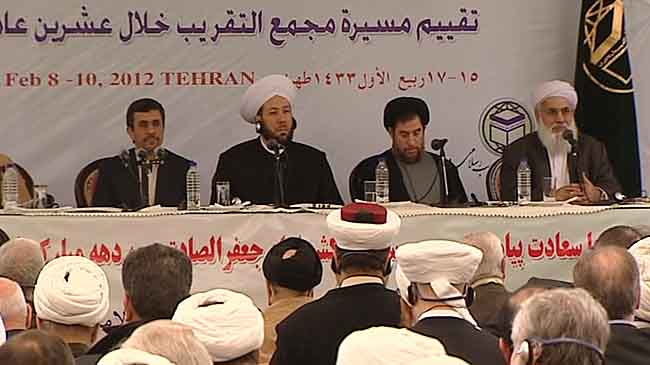 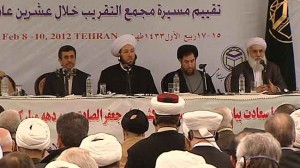 Iran will host the 26th International Islamic Unity Conference in the capital, Tehran, with the attendance of representatives from 102 countries.

Ayatollah Mohsen Araki, the secretary general of the World Forum for Proximity of Islamic Schools of Thought, said on Sunday that Iranian President Mahmoud Ahmadinejad will also address the conference, which is scheduled to be held on January 27-28.

“A total of 1,000 thinkers from Iran and 300 prominent scientific, political and cultural figures of the Muslim world, including thinkers from al-Azhar University, Grand Muftis of Sudan, Tunisia and Syria, thinkers from Pakistan and Persian Gulf littoral states are among the participants of the conference,” Ayatollah Araki said.

Referring to attempts made by foreign intelligence services to disrupt the conference, Ayatollah Araki said many of prominent figures were prohibited by their governments from participating in the event. “Despite these issues, many of the thinkers accepted the forum’s invitation.”

The 25th International Islamic Unity Conference was held in Tehran in February 2012. A major part of the conference revolved around the topic of Islamic Awakening and the popular uprisings in the Arab world.

The World Forum for Proximity is an international organization founded by Iran. Its main aim is to create more unity and solidarity among Muslims worldwide, regardless of their schools of thought.

The Islamic unity conference provides an opportunity for scholars to share views and review problems facing Muslims while presenting solutions.