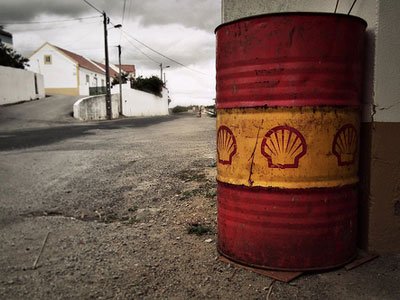 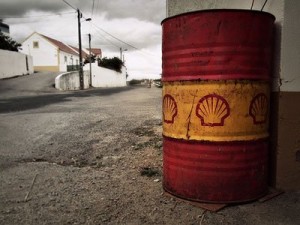 Ever since European seaports closed their gates to Iranian oil tankers last summer, Iran has looked to the East to keep its economy afloat. Countries such as China, India and South Korea — some of them critics of Western sanctions — have offered Iran a lifeline of reliable markets and much-needed dollars.

But perhaps not for long. In just over two weeks, the Obama administration will begin enforcing a little-noticed statute that could dry up one of Iran’s largest remaining sources of oil income, U.S. officials say. Beginning Feb. 6, Iran still will get paid for the oil it delivers to Asian markets, from Mumbai to Shanghai to Pusan — only not in cash.

The law, part of a package of sanctions approved last year, requires that foreign governments keep any payments for Iranian oil locked up inside bank accounts in their own territory. Iran can use the money only to buy goods from the local economy, such as wheat or medicine or consumer goods. But it can’t collect hard currency that could boost Iran’s beleaguered economy back home, U.S. officials and analysts say.

Administration officials have been quietly anticipating the impact of the new provisions, which could be the most significant since last summer’s measures targeting Iran’s oil and banking industry. A side benefit, officials say, is the potential impact on Iran’s trading partners, which soon will have a compelling new economic interest in supporting tough sanctions against Iran.

“This is the next big shoe to drop,” said David S. Cohen, the Treasury Department’s undersecretary for terrorism and financial intelligence. “Most of these countries have large trade imbalances with Iran, and now Iran will have to find ways to spend all its oil earnings on their local economies.”

The new policy is coming into effect as the Obama administration is struggling to preserve an increasingly unwieldy coalition of nations supporting the West’s get-tough policies toward the country.

Sanctions, which are intended to force Iran’s leaders to accept restrictions on the country’s nuclear program, already have contributed to a sharp drop in the value of the Iranian currency, which has shed more than half its worth in 12 months. But the policies have spurred protests by several nations as well as human rights groups.

Some critics say the sanctions are primarily harming ordinary Iranians while failing to change the behavior of Iran’s ruling clerics. Other opponents, particularly countries dependent on Iranian oil, have objected because of potential damage to their own economies.

Even nominal supporters of the sanctions have wavered. South Korea, which agreed to decrease reliance on Iranian oil, increased exports of Iranian crude late last year, according to trade reports and analysts. Turkey, a neighbor and major trading partner to Iran, has partially circumvented sanctions by paying for Iranian oil in gold rather than currency — prompting Congress to pass new legislation last month outlawing the practice.

U.S. analysts say that the new “buy-local” provisions should more than make up for revenue losses among Iran’s trading partners by forcing Iranians to spend billions of dollars on goods produced in those countries. At the same time, the policy could help undermine Iranian claims that the sanctions are contributing to widespread suffering among ordinary Iranians, experts say.

While acknowledging that sanctions may have created hardships for some, administration officials and independent analysts say Tehran has exaggerated stories suggesting that Iran’s poor are doing without food or medical treatment because of sanctions. They note that Iran produces most of its own pharmaceuticals, and in any case it now has increased incentives to obtain food and medical staples in trades with oil customers.

“We’re not targeting medicine or medical devices,” said a senior administration official, insisting on anonymity in discussing diplomatically sensitive provisions of the law. “The larger problem Iran is having is the result of mismanagement on its own part.”

Nervousness about collateral damage from sanctions has prompted the Obama administration to grant exemptions or tweak legislation to ensure that the sanctions would not inflict undue harm on fragile developing economies.

“If you sanction natural gas, you sanction Turkey,” said a Middle Eastern diplomat whose country closely tracks the economic fallout from sanctions on Iran. The official spoke on the condition of anonymity because he was not authorized to discuss the matter. “The effect on Iran will be minimal, but Iran’s customers will bear the brunt,” he said.

The Obama administration ultimately persuaded Congress to revise the bill to exempt Turkey and other countries that rely on Iran for natural gas, said Mark Dubowitz, a sanctions expert.

“There was intense pressure from Congress to hammer Iran on natural-gas exports,” said Dubowitz, director of the Foundation for Defense of Democracies, a Washington think tank. The implicit understanding in granting relief for Turkey was that Istanbul would improve its enforcement of other sanctions provisions, such as halting gold-for-oil bartering with Iran, he said.

The topic was among several that came up during a visit to Washington last week by Feridun Sinirlioglu, the Turkish Foreign Ministry’s undersecretary. After the meeting, State Department spokeswoman Victoria Nuland stressed the many areas of close coordination on foreign policy.

One of those, she said, was “the importance of international solidarity in Iran.”