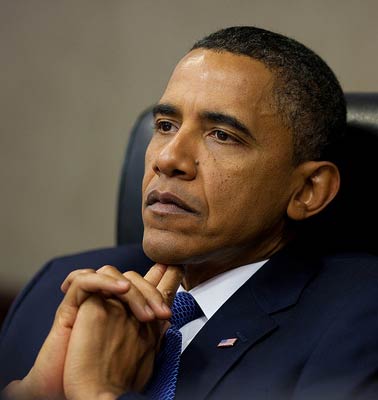 Time for Obama to clarify U.S. policy on Iran 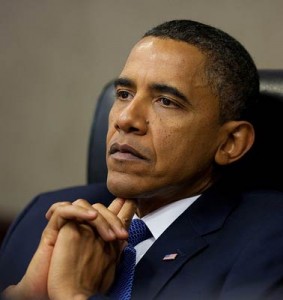 Progress on halting Iran’s nuclear program critically depends on U.S. determination and strategy. But it’s still an open question whether Obama even wants 2013 to be the year of decision, with all the serious consequences that that implies.

After the last round of negotiations with Iran failed to make headway last summer,  the U.S. moved into accelerated election mode, and Iran was off the agenda until November. But if there were expectations that Obama would pick this issue up very quickly after the elections in order to keep up the momentum created in 2012, these were quelled when in mid-November he noted that he hoped to get back to negotiations “in the coming months”. Certainly no sense of urgency was conveyed by this remark.

There were additional inputs to the debate over the next step on Iran in the closing months of 2012. Around the time of the elections, the New York Times reported that the U.S. and Iran might initiate bilateral negotiations, albeit lacking any details on whether this would replace the P5+1-Iran format or complement it; whether it would focus on nuclear issues or U.S.-Iran relations broadly defined. In addition, prominent American voices emphasized the need to make one more determined and sincere effort to negotiate with Iran before moving to military force, which seemed to continue the more determined U.S. approach on Iran that characterized 2012. Others emphasized that the Obama administration was serious about not allowing Iran to become a nuclear state, and that if negotiations proved futile, this president would indeed take military action.

In the current public debate on Iran, two basic approaches stand out for dealing with it through negotiations: The step-by-step approach, and what can be called the ‘grand gesture’ approach – namely, offering Iran the best deal, in a ‘take it or leave it’ mode.

The logic of the former approach is that both sides need to build up the confidence of the other, as they slowly and incrementally move toward an agreed-upon settlement.

The second approach takes its cue from the fact that we are at a very late stage in the game, after repeated and unsuccessful attempts to deal with Iran through diplomacy; time has, or is about to, run out. Either Iran finally accepts a deal now, or it leaves the other side no choice but to pronounce negotiations to have failed.

The step-by-step approach unfortunately sidesteps the major constraint to negotiating successfully with Iran: namely, that Iran has no interest (as of yet) in a negotiated deal which would mean giving up on its goal of nuclear weapons, which it can achieve on its own. Further pressure is the only thing that might make Iranian leaders finally alter their calculation, and come to the table genuinely looking for a deal. As such, gradual reduction of the pressure of sanctions – before a final deal is reached – would actually be the best way to ensure failure, not success.

So far, none of these inputs into the debate, or ideas for conducting negotiations, have congealed into a clear U.S. or international strategy for dealing with Iran’s nuclear program in 2013. It’s not even clear yet whether a new round of P5+1-Iran talks will take place this month due to Iranian stalling (not for the first time) on setting a date and venue.

What is Obama’s next step? Will he continue with the other P5+1 partners or go it alone? The direction of international efforts for 2013 – and the answer to whether it will indeed be a fateful year – critically depends on U.S. determination and strategy, and whether Obama even wants 2013 to be the year of decision, with all that that implies.

Either we will see a continuation of past failed attempts to negotiate, with increasing Iranian demands to adopt an ever more lenient approach, international actors inching away from the demands they put to Iran in April 2012, and Iran continuing to advance its program. Or we will see a determined U.S. leadership that continues on the path begun in 2012, significantly increasing the pressure on Iran until it comes to the table serious about making a deal. Continued economic pressure and open threats of military consequences are crucial for bringing Iran to this point.

At some point, the administration must also determine the criteria for pronouncing the failure of negotiations and to consider seriously a move to military force. This will not be easy as the Iranians will most likely continue a strategy of not bringing things to a head, in a manner that would compel the West to consider a showdown. A further complication will become apparent when Netanyahu (if re-elected) returns to the scene in the spring or summer, as suggested by his September UN General Assembly speech, with the message that time is running out.

In a recent New York Times op-ed, Seyed Hossein Mousavian (a former spokesman for Iran’s nuclear negotiators) and Mohammad Ali Shabani make the case for understanding two key Iranian concepts – “maslahat” (self-interest or expediency) and “aberu” (“face” as in saving face) – in order to deal more effectively with Iran on the nuclear front. Indeed they note that honor and face-saving will normally trump Iranian self-interest in policymaking, if the two come in conflict.

There is no doubt that such elements of a cultural gap between the two sides will need to be recognized when negotiations begin in earnest. But for now, Iran is not at the point of “maslahat”, or expediency, as far as its nuclear program is concerned. This is not because of wounded pride, but because it wants a military nuclear capability. If further pressure makes Iran interested in a deal, then the international community today well understands Iran’s concerns for honor and dignity, and will no doubt address them in the context of a deal that the international community proposes.

But equally important when that time arrives is for Iran to grasp the importance of concepts that the West holds in high esteem: Like upholding international commitments and negotiating in good faith.