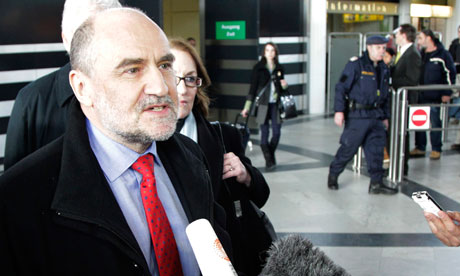 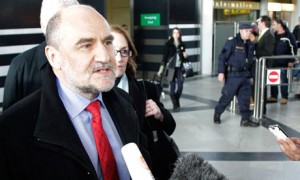 U.N. nuclear inspectors failed to reach a deal with Iran to unblock an investigation into suspected atom bomb research, the head of their delegation said after returning from two days of talks in Tehran on Friday. Herman Nackaerts, deputy director general of the International Atomic Energy Agency (IAEA), said a further round of talks had been scheduled for Feb. 12 in Tehran.

Iran acknowledged on Friday that it still has differences with the the UN atomic watchdog after two-days of talks over its disputed nuclear activities, but that the negotiations are progressing.

The White House said Thursday that President Mahmoud Ahmadinejad’s latest warnings on the state of Iran’s economy, proved the “profound impact” of nuclear sanctions. Ahmadinejad said on Wednesday that Tehran needed to tailor the economy to subvert Western sanctions, saying the current approach would be a “losing strategy.”

Iran responded to a 2010 cyber attack on its nuclear facilities by beefing up its own cyber capabilities, and will be a “force to be reckoned with” in the future, a senior U.S. Air Force official told reporters on Thursday. General William Shelton, who heads Air Force Space Command and oversees the Air Force’s cyber operations, declined to comment about Iran’s ability to disrupt U.S. government computer networks, but said Tehran had clearly increased its efforts in that arena after the 2010 incident.

Iran has condemned terrorist activities in Syria, describing the terrorist elements as those operating simultaneously against the people of Syria, Syrian opposition, and government, Press TV reported.