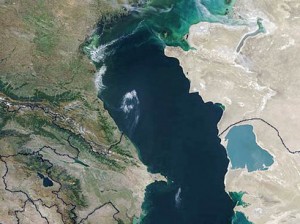 The national conference that aims to discuss the legal status of the Caspian Sea has kicked off in Iran Mazandaran province’s Beshahr county, Fars reported.

Iran’s Foreign Minister Ali Akbar Salehi, Chairman of Majlis National Security and Foreign Policy Commission Alaeddin Boroujerdi, and other members of the government and parliament are participating in the conference.

The littoral states (Azerbaijan, Kazakhstan, Russia, Turkmenistan and Iran) signed the Framework Convention for the Protection of the Marine Environment of the Caspian Sea in November 2003.

In July 1998, Russia and Kazakhstan signed an agreement on the delimitation of the northern part of the Caspian Sea in order to exercise sovereign rights for subsoil use.

Kazakhstan, Azerbaijan and Russia signed an agreement on the delimitation of adjacent sections of the Caspian Sea on May 14, 2003.