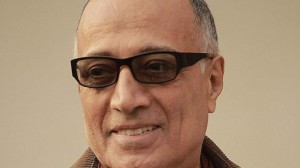 Kiarostami’s diverse works of art such as painting, photography, Poetry and filmmaking are to be reviewed and

The program is also to present a retrospective of Kiarostami’s films as well as a series of photo and video workshops have been set to be held for amateurs, professionals, students and consumers.

The event will tour several other places such as the Society of Authors Independent Film in Eastern Region (SAFIRE), Service and University Cultural Action (SUAC) and the European Centre for Contemporary Artistic Actions and the association Les Beaux Jours Video.

As a filmmaker, painter, designer and photographer, Kiarostami has received many prestigious international awards, including the 1997 Cannes Golden Palm award and the 2008 Glory to the Filmmaker award of the Venice Film Festival.

He has staged Mozart’s opera buffa (comic opera), Cosi Fan Tutte at London’s Coliseum Theater and the 2008 Festival of Lyric Art in Aix-en-provence in France.

Kiarostami’s artistic program is scheduled to run until January 24, 2013.