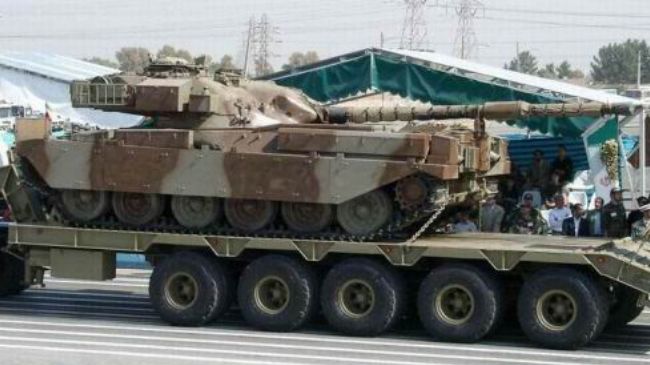 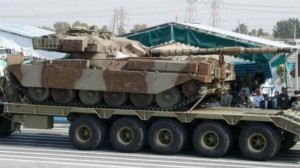 Commander of Iranian Army Ground Forces Brigadier General Ahmad Reza Pourdastan says a tank optimized by Iranian military experts will be unveiled on the anniversary of the 1979 Islamic Revolution in Iran.

The general said on Tuesday that the inauguration of optimized Zolfaqar tank is timed to coincide with festivities marking the anniversary of the revolution in early February 2013.

“The fire control system and stabilizer of this tank have been upgraded and we will witness its inauguration in two weeks time from now. This tank has been compared with one of the most sophisticated Eastern tanks, and Zolfaqar has been proven to enjoy much higher capabilities and will be mass-produced after the Armed Forces General Staff gives the go-ahead,” Pourdastan added.

The commander went on to note that Iran keeps regular tabs on transregional enemies.

“We have analyzed the Persian Gulf and Afghanistan wars as well as other wars several thousands of person-hours and we are well aware of the power of transregional enemies. To that effect, we have developed the necessary defense weapons and we will firmly respond to the enemies.”

“To defend our borders, we have worked out defense mechanisms so that our forces will enter into action anytime needed, and even reinforcements and surface-to-surface missiles have been already located,” Pourdastan noted .