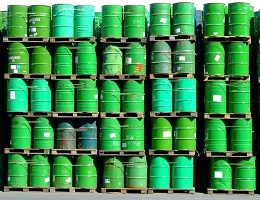 NEW DELHI–India plans to cut its crude oil imports from Iran by as much as 17% in the financial year through March, a senior government official said Wednesday.

India’s oil secretary, G.C. Chaturvedi, said on the sidelines of an industry conference that India’s imports from Iran could be 14.5 million-15 million metric tons in the current financial year ending March 31, slightly lower than an earlier target of 15.5 million tons. India imported 17.4 million tons of crude from Iran in the preceding financial year.

The U.S. has pressured countries that buy oil from Iran to reduce purchases or face sanctions. India, the second-largest buyer of Iranian oil after China, was among countries that won a reprieve last month for significantly cutting its imports from Tehran. According to news reports, India bought 12% less Iranian crude between April and September compared with a year earlier.

The U.S. and European Union have imposed sanctions on Iran to punish it for developing nuclear weapons. Iran insists its nuclear program is geared for peaceful use.

Mr. Chaturvedi said the absence of a proper banking channel was hampering imports from Iran.

With the U.S.-dollar financing system out of bounds for Iranian companies, India and Iran have begun a barter system in which Tehran accepts Indian rupees in payment for crude oil. It then uses these rupees to buy Indian goods like wheat.

Mr. Chaturvedi said India would aim to cut Iranian oil imports by around 15% every year. He said the Iranian crude import target for the next financial year starting in April is 13 million tons.

However, Mr. Chaturvedi said Iranian crude will always continue to be a part of India’s import basket.