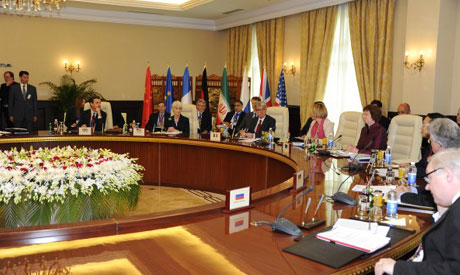 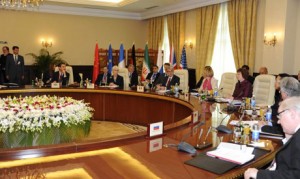 (Reuters) – A new round of nuclear talks between Iran and six world powers could still happen in January, diplomats said on Tuesday after planning discussions between senior negotiators from the Islamic Republic and the European Union.

Western diplomats had hoped for negotiations – last held in June – to resume in December or mid-January in the face of increasing concern that the decade-long standoff could trigger a new war in the Middle East. But Iran did not respond to proposed dates in time, Western diplomats said.

Russia voiced alarm last week at delays in agreeing a new round of talks on Iran’s atomic work, which the West suspects is aimed at producing nuclear weapons. Iran says it is enriching uranium for solely peaceful energy purposes.

On Monday, senior EU negotiator Helga Schmid spoke with Iranian counterpart Ali Bagheri on the phone over when new talks might take place, a spokeswoman for Ashton said on Tuesday.

“Consultations to prepare a next round of talks are ongoing,” Maja Kocijancic said. She did not give details of the talks or of possible dates.

Diplomats said negotiators were still hoping to resume talks in the coming weeks.

“The powers and Iran are still discussing possible dates for nuclear talks in January,” one Western envoy said.

The six powers have used a mix of diplomacy and economic sanctions to try to persuade Tehran to scale back its nuclear work. However, three rounds of negotiations last year produced no breakthrough, with Iran demanding sanctions relief and international recognition of its right to enrich uranium.

A former Iranian nuclear negotiator has said Iran is ready to meet again “as soon as possible”, but suggested that uncertainty in Tehran about what the other side would offer may make it reluctant to agree a new date now.

Some diplomats suggest Tehran may want to wait until after its meeting on Wednesday with the watchdog International Atomic Energy Agency in Tehran – to discuss how to remove obstacles to an IAEA inquiry into alleged atomic bomb research by the Iranians – before setting a date for the talks with the powers.

The talks between the IAEA and Iran are separate from, but linked to, broader diplomacy by the six powers to resolve the dispute with Iran before it degenerates into war, feared because of Israeli threats to bomb Iranian nuclear sites.