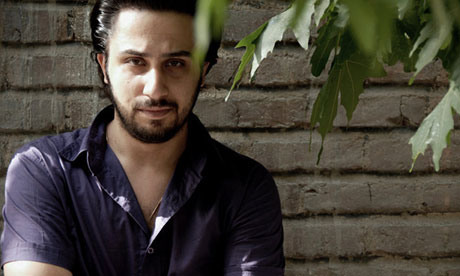 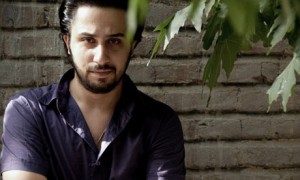 A prominent Iranian songwriter was reportedly among five musicians arrested in a police raid in Tehran last week.

Roozbeh Bemani, 34, appears to have been among those charged with the “illegal production and distribution of underground music for Los Angeles-based musicians and satellite channels”, the semi-official Isna news agency reported, without naming him.

The Iranian poet and composer Yaghma Golrouie helped publicise the arrests on Sunday in an open letter published by Pana, a news website run by students. The letter condemns the arrests and urges Iran’s art community to take action against the government crackdown.

“The detained musicians, or in the words of police authorities ‘notorious gang members’, include songwriters Bemani and Afshin Moghaddam and composer Alireza Afkari … their work has significantly contributed to Iran’s flourishing music industry and has always been within the framework of the Islamic Culture and Guidance Ministry,” Golrouie wrote.

“This is how musicians are dealt with in Iran: Not only are they constantly warned of harsh retribution and arrest, but they are also labeled as criminals and gang members. As if such meaningless accusations would actually tarnish their reputation.”

Golrouie said he would withdraw from his 15-year career in the music business as part of a “moral obligation” to defend Bemani and the jailed musicians. “Defending Bemani is defending the country’s music industry.”

Bemani, 34, began his career in Iran by collaborating with musicians such as Ehsan Khajeh-Amiri, Alireza Assar, Mohammad Esfehani and Khashayar Etemadi. But he has risen to greater prominence in recent years as a result of his work with exiled Iranian musicians such as Googoosh and Dariush, both of whom reside in the US.

Over the past weeks, the Iranian government has stepped up pressure on those working with foreign-based satellite channel broadcasting in Persian. Earlier in December, some 28 people were arrested for allegedly dubbing and translating programs for satellite networks abroad, Isna reported.