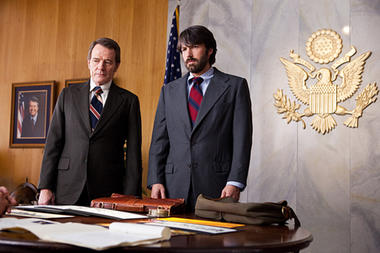 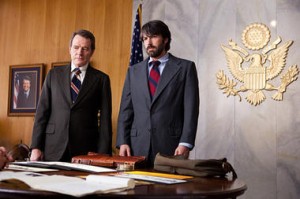 (CNN) — Ben Affleck has more than just a couple of Golden Globes to add to his resume.

His movie “Argo,” about the suspenseful rescue of U.S. diplomats during the Iran hostage crisis, has also achieved the unusual honor of prompting Tehran to produce its own cinematic response.

“Argo” was named best drama movie during the Golden Globes ceremony on Sunday night in Los Angeles, and Affleck won the award for best director, a category for which he was passed over in the recent Oscar nominations.

But his efforts to recreate on screen the drama of the secret operation by the CIA and Canada to extract six U.S. embassy workers from revolutionary Iran in 1980 haven’t been overlooked by Tehran’s Art Bureau.

It plans to fund a movie entitled “The General Staff,” about 20 American hostages who were handed over to the United States by Iranian revolutionaries, according to a report last week by Mehr News, the official Iranian agency.

“This film, which will be a big production, should be an appropriate response to the ahistoric film ‘Argo,'” said Ataollah Salmanian, the director of the Iranian film, according to Mehr.

“Argo” claims to be based on a true story rather than to constitute a scrupulous retelling of exactly what took place, and its deviations from reality have been documented.

But Iranian authorities have taken offense at the film’s portrayal of the country and its people. “Argo” was officially viewed as “anti-Iranian” following its U.S. release last year, Mehr reported.

Iran’s state-run broadcaster Press TV detailed its objections to the film in an online article on Sunday.

“The Iranophobic American movie attempts to describe Iranians as overemotional, irrational, insane, and diabolical while at the same, the CIA agents are represented as heroically patriotic,” it complained.

In the movie, in which Affleck plays the lead role, the CIA operation is shown outwitting Iranian authorities through an elaborate plan based on pretending that the U.S. diplomats fleeing the country were part of team scouting locations for an outlandish science-fiction film.

But according to Press TV, the film is “a far cry from a balanced narration” and is “replete with historical inaccuracies and distortions.”

On the other hand, “The General Staff,” set to begin shooting next year, will be based on eyewitness accounts, Salmanian said.

The Art Bureau, which is to provide the financing, is affiliated with the Islamic Ideology Dissemination Organization, according to Mehr.

Press TV cited Salmanian as saying that his film would depict “the historical event unlike the American version which lacks a proper view of the story.”