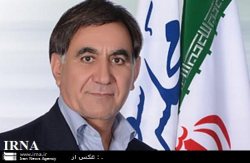 Tehran, Jan 13, IRNA – A parliamentary delegation accompanied by officials from Foreign Ministry, Red Cross, and Imam Khomeini Relief Committee will go to Myanmar to help the Muslim refugees of that country.

Parliamentarian Ebrahim Aga-Mohammadi told IRNA on Saturday that the delegation will take food and medicine aids with them for the refugees.

He said the aim of the 5-day visit is to consider situation of the Muslim refugees in Myanmar.

The MP expressed hope that the Iranian delegation, with political consultations with Myanmar officials, can help the refugees to return to their homes.

Myanmar government does not consider Muslims, who live in west of Myanmar as citizens of the country and claims that they are illegal immigrants from Bangladesh.

Myanmar population is 61 million, of which 2.5 million are Muslims, who mainly live in Arakan district.

A new round of violence against Muslims started in May 2012, when army killed 11 Muslims in Rakhine province.

The Buddhists attacked Muslim area in west of Myanmar and set fire on 2,000 houses belonging to Muslims and made more than 100 thousand people homeless.

Most of the Muslims took refuge to border area between Myanmar and Bangladesh and are living in a disastrous situation.

The UN had already reported that Rohingya Muslims are among minorities in the world who are living in very hard situation.