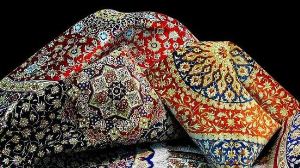 Iran exports carpets to more than 50 countries, including Germany, Italy and Japan. Hand-woven rugs are one of the country’s main non-oil products.

Experts attribute the increasingly lucrative market for Persian carpets worldwide to the quality of the rugs as well as their color and design.

In April, head of the National Carpet Center said the Islamic Republic plans to export as much as one billion dollars in carpets in the current Iranian calendar year.

“Carpets are of great importance in the non-oil exports of the Islamic Republic,” Baqer Aqa-Alikhani said, adding that more carpet exports to Asian and Arab states such as China and the UAE top Iran’s agenda.

There is an estimated population of 1.2 million carpet weavers in Iran, producing carpets for domestic and international markets.