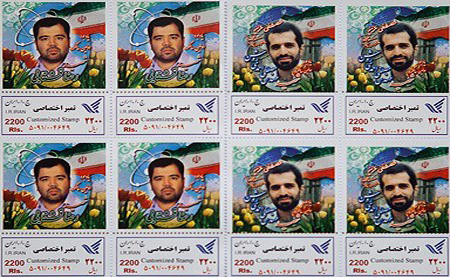 On the sidelines of the first anniversary of the martyr Mostafa Ahmadi Roshan, the stamp commemorating him was unveiled at the presence of his family and head of the Atomic Energy Organization.

To mark the first anniversary of the assassination of Mostafa Ahmadi Roshan, Iran has also launched a website that will be unveiled tomorrow.

On January 11, 2012, Ahmadi Roshan, a Sharif University of Technology chemical engineering graduate and the deputy director of marketing at Iran’s Natanz nuclear facility, and his driver were assassinated in a terrorist attack.

Ahmadi Roshan’s assassination was the latest in a string of attacks against Iranian nuclear scientists.