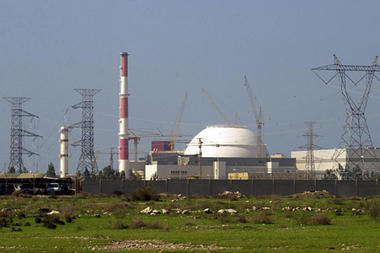 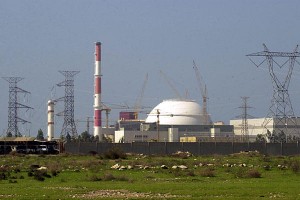 TEHRAN, Iran: Iran’s sole nuclear power plant is now linked to the national energy grid at full capacity after having to be taken off-line for two months, the Iranian Atomic Energy Organisation said on Wednesday.

The plant in Bushehr, whose construction was started by Germany before Iran’s 1979 Islamic revolution and later completed by Russian firm Rosatom, has been plagued by delays and technical issues.

It was officially commissioned in August 2010 and was meant to have been fully operational by the end of that year, but was only plugged into the national grid in late 2011.

The International Atomic Energy Agency (IAEA) reported in November that fuel had been unloaded from the Bushehr reactor, shutting the plant down. Western diplomats said that raised fears of safety at the facility.

But Iran, which has been discreet about the difficulties encountered at the nuclear plant, dismissed speculation that the unloading was because of any technical problem and called it a routine procedure.

“After a two-month shutdown needed to check the fuel and the reactor, the Bushehr power plant was linked to the national grid on Saturday and reached its full capacity of 1,000 megawatts” on Tuesday, said Abbasi Davani.

The Bushehr plant does not adhere to the Convention on Nuclear Safety drawn up after the 1986 Chernobyl disaster in order to improve transparency and safety.

Iran is striving to develop autonomous nuclear power as part of a nuclear programme that has come under intense scrutiny from the IAEA and the UN Security Council.