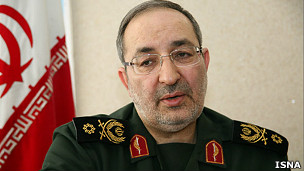 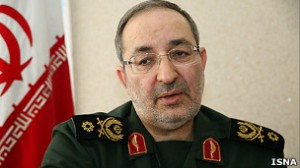 TEHRAN, Jan. 7 (UPI) — Terrorism in the Middle East is a product of the United States and reactionary regimes in the region, an Iranian military commander said Monday.

Brig. Gen. Massoud Jazzayeri, a deputy chief of staff for the Iranian military, said Tehran has warned the United States and Europe they can’t remain isolated from terrorism in the region for long.

“Terrorism is the product of the U.S., Arab reactionary states and hypocritical regimes and they should wait to see the acts of their criminal proteges,” he was quoted by the semiofficial Fars News Agency as saying. “Sooner or later, al-Qaida will make their environment unsafe.”

In December, the U.S. Treasury Department announced that it designated Maysar Ali Musa Abdallah al-Juburi and Anas Hasan Khattab as senior leaders of al-Nusra Front, an entity the U.S. State Department said is an alias for al-Qaida in Iraq.

The Treasury Department said its actions were in support of the Syrian people as they try to break free from Syrian President Bashar Assad. Iranian officials, however, said that U.S. support for the opposition in Syria was tantamount to support for al-Qaida.